The one attribute all Knowledge Leader companies have in common – no matter their sector or geography – is a commitment to investing in innovation. Once we identify a company with a high R&D spend as a percent of sales, the next layer of research usually reveals the firm’s plan for transforming its own industry. That’s right: highly innovative companies serve as thought leaders for entire industries as they invest in transforming their own businesses in the wake of the digital revolution.

So it goes for Japan’s Glory Ltd, the No. 1 supplier of cash automation machines to banks in the developed world. Glory makes ATMs and the cash recyclers that sit behind ATMs and cash registers, keeping an accurate count of cash on hand while receiving and dispensing money at banks, coffee shops, train stations, parking lots and hospitals. So how does a firm with an installed base of more than one million cash machines in 100 countries end up ranking as the #3 industrials company for innovation in Developed Asia? (#1 is Fanuc, profiled here.) By investing in the future.

This Knowledge Leader is at work tapping semiconductor-powered technologies like digital currency and robotic automation to prepare for a future in which transactions will be just one part of a connected society on the Internet of Things.

Today, banks represent about 25 percent of Glory’s net sales with 22 percent to retail and transportation. Nine percent of Glory’s sales are into Japan’s pachinko industry, and it is this segment where Glory has shown its skill at adapting for the future. Japan’s pachinko parlors are similar to casinos, offering two different kinds of game machines. Pachinko machines look like vertical pinball machines: players drop balls from the top and the winning balls fall to the bottom. Pachislot machines are similar to casino slot machines. According to the White Paper on Leisure Industry 2018 from the Japan Productivity Center, pachinko accounts for 30 percent of Japan’s leisure market, with 9 million players and annual revenues of ¥20 trillion. Because gambling is illegal in Japan, the parlors can’t exchange cash. Instead players trade winnings for tokens and prizes they then take to independent exchange shops nearby. This is where Glory comes in. As of 2016 there were about 11,000 pachinko parlors in Japan, and Glory has adapted its machines along with changing regulations to dispense, count and control the legal pre-paid cash cards and prizes inside the parlors to keep play alive and moving. 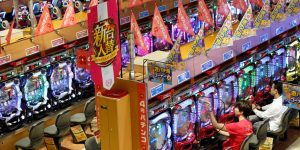 Across the board, the firm is preparing for the digitization of commerce. Its major launch this year was CASHFINITY, a small cash recycle system for tiny retailers like Europe’s bars, tobacco shops and cafés that includes a self-checkout option to meet demands to get staff up and running quickly with little training, minimize wait times, and improve hygiene as machines dispense change. Because the firm expects cashless payments like e-money and QR-codes to grow in Japan and globally in the next 10 years, it aims to provide cashless transactions via all products and sees safeguarding consumer confidence in payment systems to be part of its social responsibility. 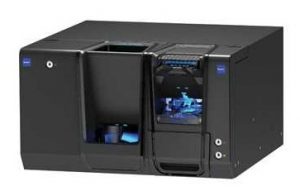 In addition, Glory’s R&D team is currently testing a new biometric app for smartphones. The idea is for banking clients to authenticate their identities using combined facial and speech recognition for secure online transactions that today require a visit to the branch. In another R&D project, Glory has a team of smart robots working at picking and packaging items in a retail environment to add on to existing cash automation services. Currently in prototype, Glory’s “EvolBranch” concept is the firm’s vision for streamlining Japanese bank branches of the future. The idea is to replace current physical branches with “smart banks” connected to the Internet of Things to facilitate a mostly virtual banking experience.

Glory’s R&D efforts are focused on contributing to society by “applying its accumulated core technologies and developing innovative technologies with the potential to create new value to solve social issues,” according to its most recent annual report. A corporate social responsibility committee convenes twice a year to establish policies for major CSR initiatives. For example, all Glory products must be certified G-Eco, a standard for environmental friendliness. The firm’s new cash recyclers use 25-40 percent less power and are made of 89-91 percent recyclable materials.

Glory has headquarters in Himeji, Japan, near Osaka, and employs 9,000 people around the world. The firm was founded in 1918 as a machine repair shop, by a founder who dreamed of building machines of his own. The firm became a pioneer in cash handling machines, a reputation it has maintained ever since.

As of 9/30/19, Glory Ltd and Fanuc Corporation were not held in the Knowledge Leaders Strategy. Intangible-adjusted data as of 11/6/19.

Interested in reading more about Japan’s pachinko industry and the history of Korean immigrants in Japan over the last century? We recommend Pachinko by Min Jin Lee, a finalist for the National Book Award for Fiction.