New All-time Highs on Declining Breadth is Reason for Caution

There are a number of factors that have us tactically concerned about a period of over-exuberance among equity investors. Those include record low put/call ratios and extreme inflows into equity ETFs. But among the more troubling facts of late is the breakdown in breadth we are witnessing even as the equity markets rally to new cycle or all-time highs. 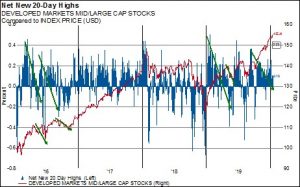 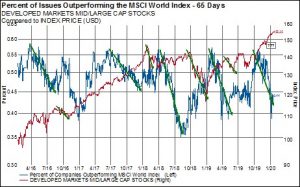