Anatomy of a Panic Selloff

Anyone reading this post already knows that palpable panic has set into equity markets over recent days. We present these charts to highlight the extreme nature of the selloff so far, and as a reminder of the rarity of these events. In times like this, it’s important to remind oneself that these kind of extremes are transient and often present, at the very least, unique tactical opportunities. The following charts are presented with little commentary.

VIX is the highest on record outside of the GFC and at 8.6 standard deviations from the mean. 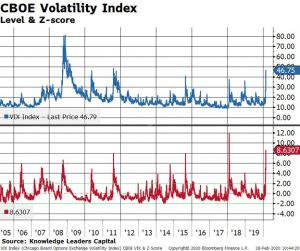 5-day percent change for the S&P 500 is on par with other historic selloffs. 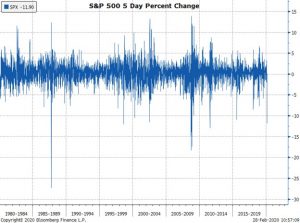 The percent of stocks that are oversold, as measured by the RSI, is spiking to levels found at other price extremes. 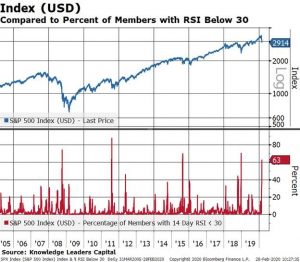 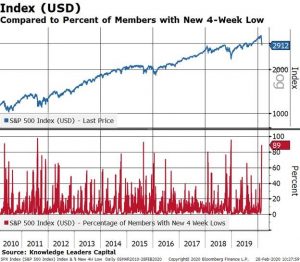 Investors are running to bonds in a panic. Volume in the long bond ETF is spiking. 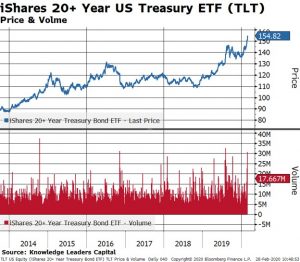 As of yesterday, call volume was spiking too. We are sure to see an even higher level when today’s numbers are released. 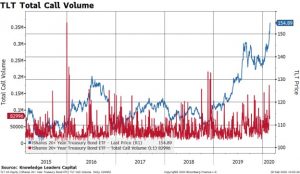 Important to keep in mind that stocks are becoming attractively valued relative to bonds. The equity risk premium has only been higher in 1974 and during the GFC. 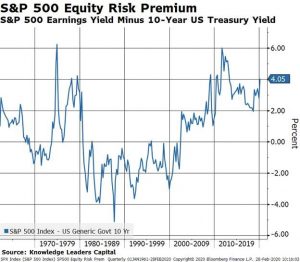 China is opening up for business again. One real time indicator of China industrial activity is the Shanghai Pollution Index. It’s well off the lows. 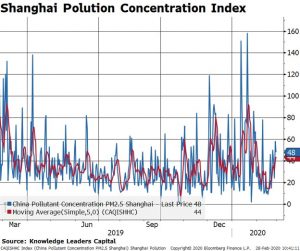 Freight rates are also starting to pick up and are 20% off their lows. Perhaps early, but a promising sign of recovery in China. 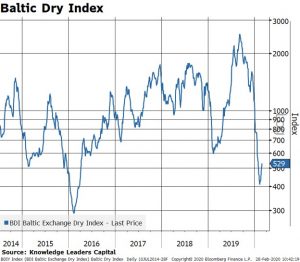