The US Energy Sector is in Chronic Atrophy, And That Could be a Good Thing for Energy Investors

Public attitudes toward energy companies are changing, and with it capital investment in energy companies is shrinking. Perhaps nothing speaks louder than actions. In the first quarter of 2021 investment in environmental, social and governance (ESG) focused funds hit a record high by a wide margin. Meanwhile, capital expenditures by US energy companies hit the lowest levels since 2004. Put another way, the energy sector is being starved of capital. 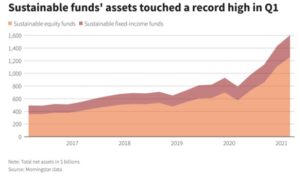 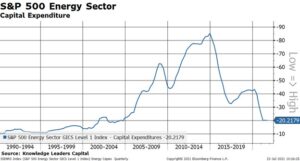 This concept of capital starvation is crystal clear when we compare capital expenditures to depreciation expenses. A ratio above one indicates an expansion of assets net of depreciation and a ratio below one indicates a shrinking asset base. Currently, energy assets are shrinking at the fastest rate on record. In the latest quarter, only 44% of depreciated assets were being replaced by new assets. 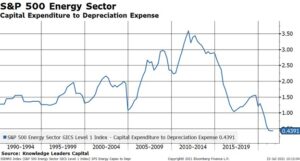 This raises an obvious question as to how oil production can possibly be maintained at current levels if only 44% of assets are being replaced by new capex. The obvious answer is that, over time, it cannot. If energy capex levels remain at these levels investors may want to seriously consider if US crude oil production will in the foreseeable future return to the previous highs of about 12.5 million barrels per day. 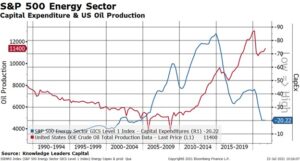 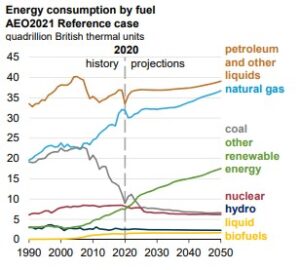 Rising consumption combined with flat to falling production due to capital starvation would seem to be a good thing for both the price of petrol products as well as the fundamentals of energy companies themselves. Indeed, free cash flow does track the level of capital expenditures quite nicely over time, and the 17-year low in capex may portend the highest levels of free cash flow for energy companies in at least a decade. 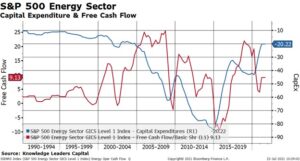 Even as the fundamentals of energy companies may be improving, valuations remain stubbornly subdued, thanks in part to the trend of investors adopting ESG strategies at a torrid pace. For example, the absolute price to book value ratio remains near the lowest levels of the last decade. The price to book value ratio for energy companies relative to the S&P 500 is close to the lowest levels in our dataset. All this suggests that, for investors willing to buck the trend, providing some capital to a capital starved industry may pay dividends. 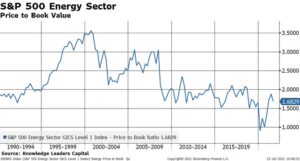 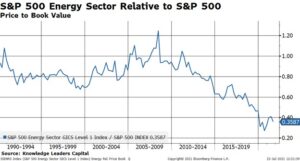