Knowledge Leaders are highly innovative companies that possess deep reservoirs of intangible capital as a result of their history of investing in knowledge-intensive activities like R&D, brand development and employee education. When we talk about investing in highly innovative companies, most people think of tech stocks. But did you know the digital revolution is driving companies to lead their industries in every sector and geography in the world? To illustrate how each Knowledge Leader employs intangible capital in a different way, we feature our spotlight research on these companies below.

Unlocking DNA to Protect Humanity from Disease (Including Coronavirus)

Company: Illumina
Country: United States
Sector: Health Care
Published: 2/20/20
Summary: A laser focus on innovation, Illumina says, is precisely the strategy that has established it as the global leader in genomic sequencing. It was a historic first to have published the complete genome of COVID-19 in such a short period after the outbreak was discovered. The genome has been shared “open source” style in a worldwide effort to enable research, diagnostics, treatments and potential drugs and vaccines.

Fusing the Physical World with the Digital

Company: Hexagon AB
Country: Sweden
Sector: Industrials
Published: 11/25/2019
Summary: Stockholm-based Hexagon’s unique focus on connecting data feeds, people, machines and processing power makes it the No. 3 most innovative company in Sweden, measured by R&D as a percent of sales, according to our intangible-adjusted data.

Company: Glory Ltd
Country: Japan
Sector: Industrials
Published: 11/6/2019
Summary: This Knowledge Leader is at work tapping semiconductor-powered technologies like digital currency and robotic automation to prepare for a future in which transactions will be just one part of a connected society on the Internet of Things.

Spawning a Knowledge Revolution in the Ocean

Company: Mowi
Country: Norway
Sector: Consumer Staples
Published: 9/16/2019
Summary: Salmon farming takes place in one of the world’s most valuable natural resources – the ocean – placing Mowi’s operations at the center of the global climate crisis. By providing one-fifth of the world’s salmon, Mowi is responsible for elevating health and sustainability standards in seafood farming not only for its own farms, but for the industry at large. 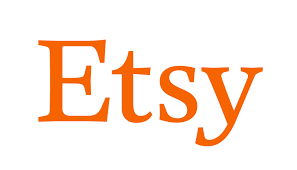 Company: Etsy, Inc,
Country: United States
Sector: Consumer discretionary
Published: 6/26/2019
Summary:  Unlike Amazon, Etsy doesn’t warehouse or ship items. It never touches the custom t-shirts, or wedding favors or vintage 70s pantsuits sold on its website. Etsy makes money only when buyers complete a transaction with sellers, at which time Etsy takes a 5% slice of the cost of the item plus shipping costs. The firm aims to “keep commerce human” by connecting its record 60 million unique listings from around the world with their ideal buyers.

Company: PharmaEngine
Country: Taiwan
Sector: Health Care
Published: 5/24/19
Summary:  PharmaEngine was launched with the specific mission of getting to market faster with drug treatments. In our work, investment in innovation that so permeates the culture and mission of a company as to innovate not only its products and competitive position but also its business model is a frequent hallmark of a Knowledge Leader.

Under the Hood at the World’s Most Innovative Car Company

Company: Ferrari
Country: Italy
Sector: Consumer Discretionary
Published: 5/14/19
Summary: Invention in the world’s auto industry stands on the shoulders of one company alone, Ferrari. The Italian car maker spends a whopping 18.8% on R&D as a percent of sales, making it, by a wide margin, the most innovative car company in the world. 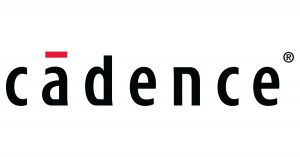 Tip of the Spear of Moore’s Law

Company: Cadence Design Systems
Country: United States
Sector: Information Technology
Published: 4/15/19
Summary: Making semiconductors is the most advanced manufacturing process in the world. Which is why firms like Cadence — which builds software used by engineers to design chips – are so critical to the pace of development in the semiconductor industry. Semiconductor makers can’t build new features into chips until Cadence builds them into the design. No wonder Cadence spends so much on R&D.

The Brains Behind Border Security

Company: Elbit Systems
Country: Israel
Sector: Industrials
Published: 2/22/19
Summary: Elbit’s most visible project at the moment is a cluster of 55 surveillance towers at the Nogales, Arizona, area of the US-Mexico border. Deployed in 2015 for the US Customs and Border Protection agency with more installations in 2016 and 2017, the towers cover a total of 200 miles, providing about 2,500 square miles of surveillance. Using radar, cameras and sensors, the towers quickly transmit data to a command center to provide situational awareness to patrol agents.

The Surprising Science Behind a Century of Soap

Company: Kao Corporation
Country: Japan
Sector: Consumer Staples
Published: 11/19/18
Summary: An analysis of Kao’s greatest hits reveals one strategy stands out: its commitment to innovation. After 130 years, Kao’s singular commitment to this vision remains, though the firm has refined it to a pursuit they call “interface science.” 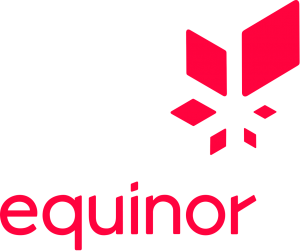 How Energy’s Harsh Storms Led to a Greener, Smarter Future

Company: Equinor (Formerly Statoil)
Country: Norway
Sector: Energy
Published: 10/17/18
Summary: At the trough of the oil crisis in 2015, Equinor’s management was scrambling to prepare the company for an unknown future. Management believed that while the oil and gas industry would eventually recover, the industry would never be the same. The team decided to use the setback as an opportunity to reset the company. To embrace change.

Company: Prada
Country: Italy
Sector: Consumer Discretionary
Published: 9/1/18
Summary: The real reason for Prada’s leadership is quickly identifiable to those of us who measure innovation. After nearly five decades of running what its CEOs describe as an “experimental workshop of ideas,” Prada has built up the hallmark of a Knowledge Leader company: rich stores of intangible capital that fuel future innovations. A look at our intangible-adjusted financial statements reveals the pattern.

Where Fanuc’s Robots Go, the Rest of Industry Follows

Company: Fanuc
Country: Japan
Sector: Industrials
Published: 8/16/18
Summary: With nearly half a million robots installed on factory floors in nearly every industry and every region of the world, Fanuc is in a unique position to illuminate the future of the knowledge revolution.

Company: Diageo
Country: UK
Sector: Consumer Staples
Published: 6/4/18
Summary: With about 730 million new consumers able to afford to drink alcohol over the next decade, 85% of them will be in the developing markets. Diageo aims to shape the drinking habits of an emerging middle class by offering famous brands like Crown Royal and J&B at affordable prices.

Why iRobot’s Robots Are Cleaning Up

Company: iRobot
Country: US
Sector: Consumer Discretionary
Published: 5/14/18
Summary: Through its military missions, iRobot struck on and began the multi-decade development of the technology that sets it apart from competitors. Reconnaissance tasks require a complex process of navigation and mapping. By trial and error, engineers developed an integrated system of software, hardware and electronics that enables its robots to complete complex tasks.

The Secret of Chevron’s Permian Dominance 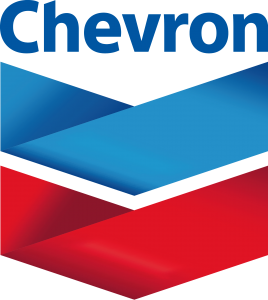 Rio Tinto and the World’s First “Intelligent” Mine

Company: Rio Tinto
Country: UK
Sector: Materials
Published: 4/9/18
Summary: Later this year, Rio Tinto will seek board approval to spend $2.2B to build the world’s first “intelligent” mine, a network of robots and autonomous vehicles all working together on the site of the earth’s largest iron ore complex in Western Australia.

Company: Shionogi
Country: Japan
Sector: Health Care
Published: 3/20/18
Summary: In the midst of the worst flu season in a decade, Japanese pharmaceutical company Shionogi & Co., Ltd. is making headlines for a new drug it says can kill the influenza virus in 24 hours with a single dose.

The information contained in our spotlights is provided for informational purposes only and should not be regarded as an offer to sell or a solicitation of an offer to buy the securities or products mentioned. Knowledge Leaders Capital may deviate from the investments or strategies implementation as discussed in this presentation. The strategies discussed in this presentation may not be suitable for all investors. Knowledge Leaders Capital makes no representations that the contents are appropriate for use in all locations, or that the transactions, securities, products, instruments or services discussed are available or appropriate for sale or use in all jurisdictions or countries, or by all investors or counterparties.

An investor cannot invest directly in an index.

Past performance or historical trends are not necessarily indicative of future results.