What is the Culprit(s) for Recent Equity Weakness?

Just when everyone thought we had COVID-19 whipped, the delta variant came along and US cases inflected higher. The 7-day moving average was about 13,000 in early July and has jumped about 10-fold to 132,000 as of yesterday. 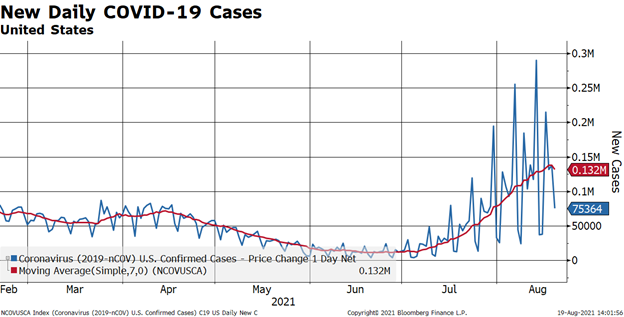 The first place this can be seen is in air travelers. Daily travelers hit about 2.2 million in early July and held there for the better part of the month. In the past two weeks, daily travelers have fallen by about 500,000 people per day. 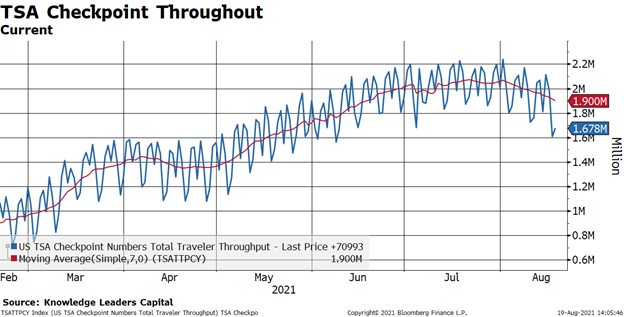 In the financial markets we can see the chronological overlay. In the chart below, I show the S&P 500 Index overlaid on US investment grade (IG) spreads. IG spreads troughed on July 2, 2020 and have since backed up by 10bps. They compressed in the back half of July, but have begun another rise. Given the tight cross-asset relationship, this could suggest a reset of the S&P 500 lower by about 300 points. If IG spreads break below the mid-July level, this would be a huge red flag. 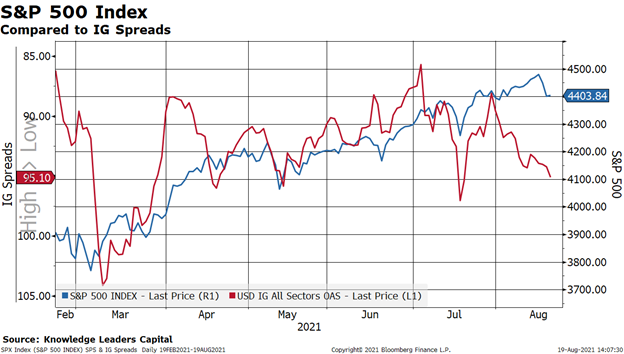 Turning to high-yield (HY) spreads, they are sending a more ominous signal. They similarly troughed on July 2, 2020 and then fell back some in the back half of July. But, on August 18, 2020 they broke above the mid-July level. If HY spreads hold here, it could suggest a 400-point drop in the S&P 500. 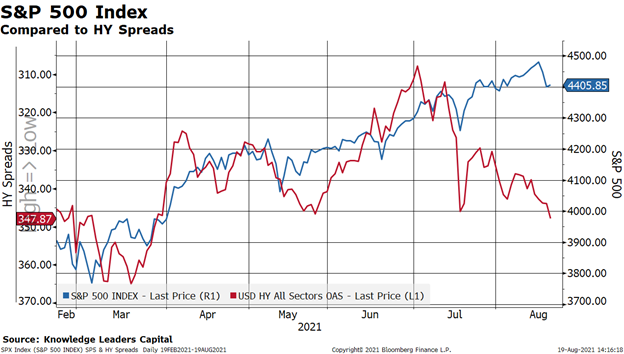 Focusing on stock market internals, the cumulative advance/decline line peaked on June 11, 2020 and has been trending down since then, making a sequence of lower lows and lower highs. Here again, this looks like it should be associated with a 300-point drop in the S&P 500. 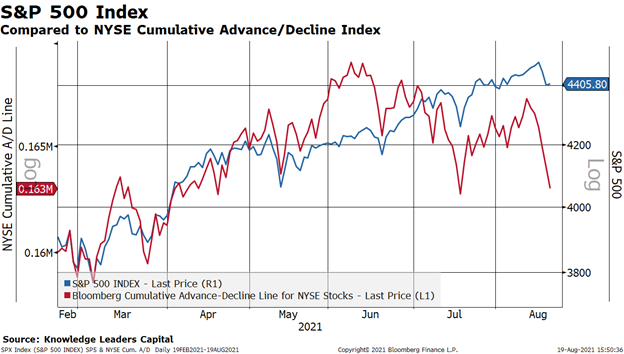 The Chinese Yuan peaked at 6.36 on May 28, 2001 and has been weakening since. Clearly China’s growth has slowed, so should we be surprised to see them sneak in a 2% devaluation? This is a deflationary impulse which may help explain why corporate spreads have widened somewhat and US Treasury yields have fallen. It may suggest that not just US growth is slowing but China’s too. 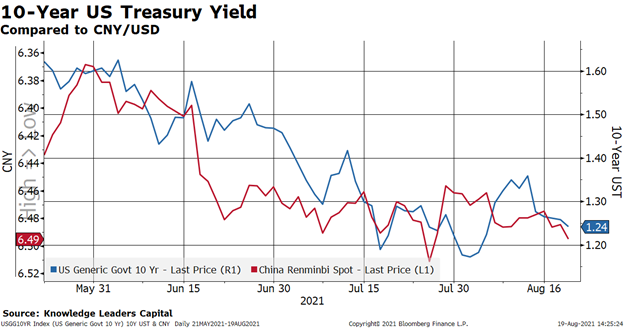 The US stock market has been pretty oblivious to this development but may be catching up with the action now. 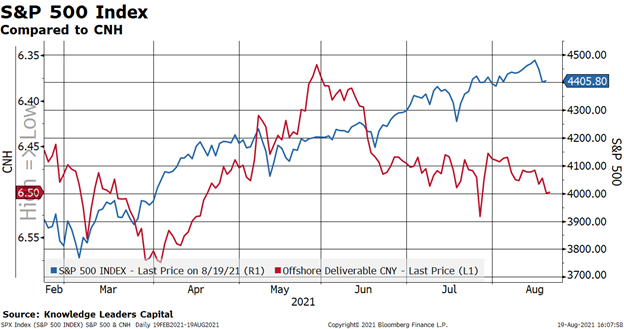 The third possible culprit is a delayed reaction to the peak in global money growth. Here I overlay the S&P 500 on global M2. Money growth peaked on May 31, 2020 and has been trending down since. Given the consensus that this has been a liquidity-fueled stock market advance, if investors were aware that global M2 has dropped by about $1 trillion (USD), they may have a less enthusiastic stance toward equities. 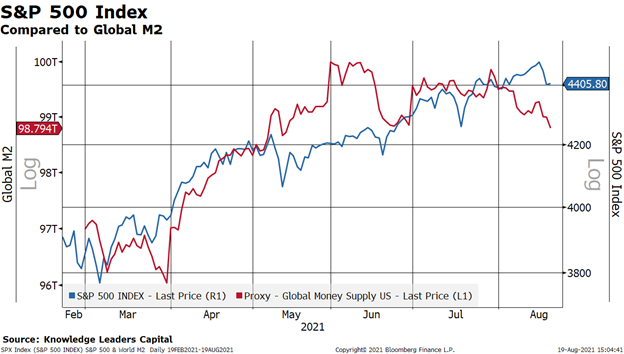 So, which is the culprit for the recent weakness in stocks? Probably all of the above.