While we entered 2015 with the Federal Reserve talking confidently about lift-off and how many rate increases there would be by the end of the year, the markets didn’t seem to buy it.  As weak economic data began to surface, the Fed seemed to quietly backtrack first on the date of lift-off and then on the trajectory of the expected hiking cycle.

We always believe that Fed actions speak louder than words, and for this reason we measure high frequency monetary movements.  In the last couple months, the Fed seems to have arrested the decline in its balance sheet that began in 2014.  This has had positive impacts on liquidity in the banking system.  In the first chart, we show the three month change in total Fed assets.  The latest reading of $4.5 billion is in contract to the negative readings we have seen most of the year. 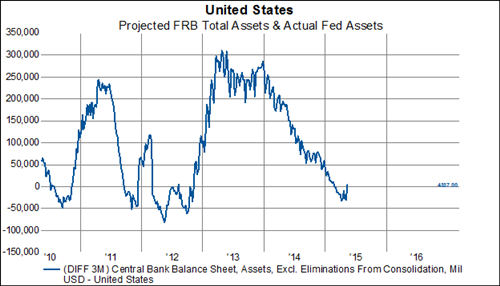 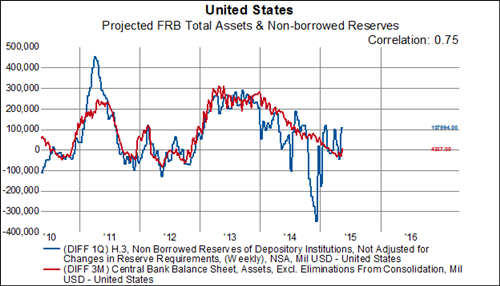 This reversal in liquidity trends have fueled the latest stock market movements.  In the next chart, we show the same three month change in non-borrowed reserves as shown above, but this time we overlay the percent of stocks in the MSCI World index that are above their 200-day moving average. Clearly liquidity trends have a big impact on equity movements. 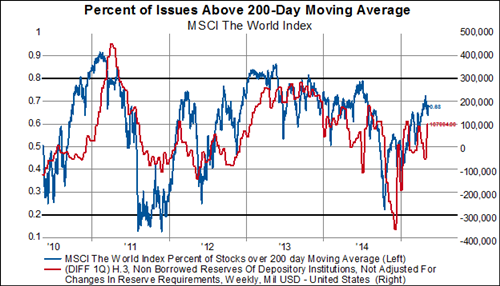 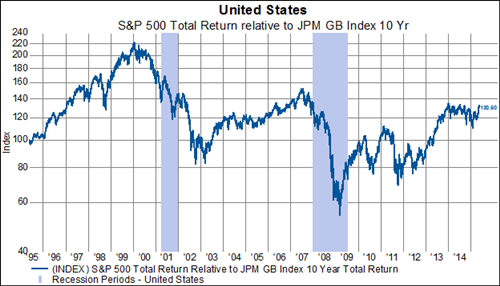 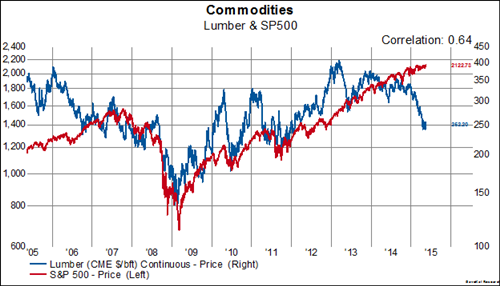 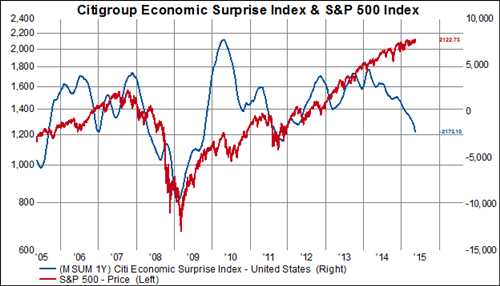 If the Fed has quietly decided to not only abandon any prospect of rate increases, but begin expanding its balance sheet again (in some stealth QE), stocks probably do propel out the year long relative strength consolidation with bonds.  But, if not, then stock managers should be particularly attuned to monetary movements and the economic mirage in the US.  Our simple model of the change in Fed asset compared to the total return of stocks vs. bonds, suggests the potential for significant bond outperformance if the Fed sticks to its plan of a 2015 lift-off. 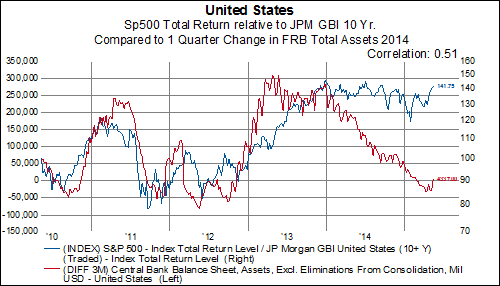