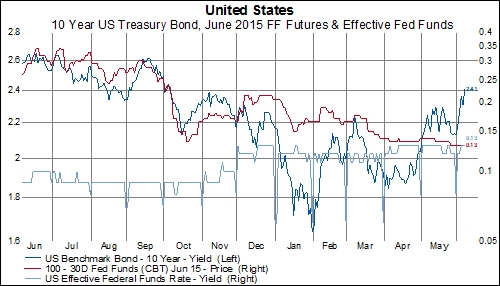 In the last week, the implied rate on the December 2015 fed funds futures contract is back up to 38bps.  This would suggest the market sees one 25bps rate increase, taking rates from 13bps to 38bps, by the end of the year. 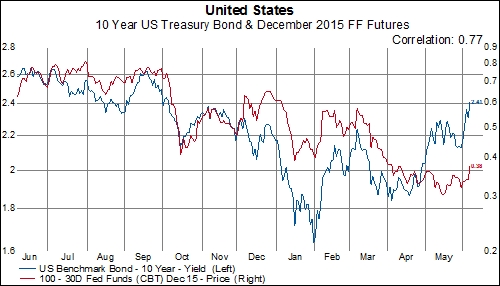 Looking a little farther out, the implied rate on the December 2016 fed funds futures contract is 1.19%, which suggest roughly 80bps of tightening in 2016.  This would translate into roughly three separate 25bps interest rate increases in 2016. 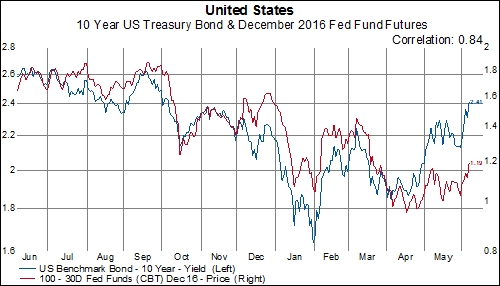 The net of all this is that while June is out, conviction is rising that the the first 25bps rate increase will take place in 2015 and at least three more will follow in 2016.