Former Fed Governor and now professor at the University of Rochester, Narayana Kocherlakota penned the following short opinion piece in Bloomberg this morning:

The world economy is facing a material risk in the form of COVID-19, or coronavirus. Of course, it isn’t clear how much economic damage the virus will do. But it is clear from the damage being done to China’s economy — and the response of other countries to what’s happening in China — that the virus could result in a significant worldwide economic slowdown.

Such a global economic slowdown would likely lead to continued upward pressure on the U.S. dollar, which would drive inflation even further below the Federal Reserve’s 2% target in the next couple of years. And a broad slowdown in the world economy would lead to lower U.S. employment growth, as American businesses endure reduced demand for their goods and services.

My benchmark forecast is that the U.S. economy will remain resilient to these forces. But there is a substantial risk that such a forecast could be wrong. One possible strategy is to wait until there actually is a slide in the economy before easing interest rates. But rates are still only a little above zero and so the Fed has few tools available to offset adverse shocks. In this situation, a basic precept of monetary policy is to keep the economy as healthy as possible in advance of downturns. As New York Federal Reserve Bank President John Williams explained in a speech last year, that means cutting interest rates in a pre-emptive fashion when threats to growth become more pronounced. Of course, it was exactly in response to the increase in global downside risks that the Fed cut interest rates by 75 basis points, or three-quarters of a percentage point, in 2019.The Fed’s rate-setting Federal Open Market Committee holds its next meeting on March 17-18.

I don’t think that the FOMC should wait that long to deal with this clear and pressing danger. I would urge an immediate cut of at least 25 basis points and arguably 50 basis points. That’s a cheap insurance policy for the economy that the Fed shouldn’t pass up.

Fed funds futures are on the move today, with longer dated futures now pricing in now two 25bps rate cuts by the end of the year. However, the market does not seem to be pricing in, yet, any material chance that the Fed cuts at its March meeting.

Looking at fed funds futures each quarter of 2020 in yield terms, we can see what the market is discounting this year from the Fed. Effective fed funds are currently trading at 1.58%, so a 25bps cut would take that down to 1.33%. This would suggest the market is assigning a very high probability that we get the first cut by June. 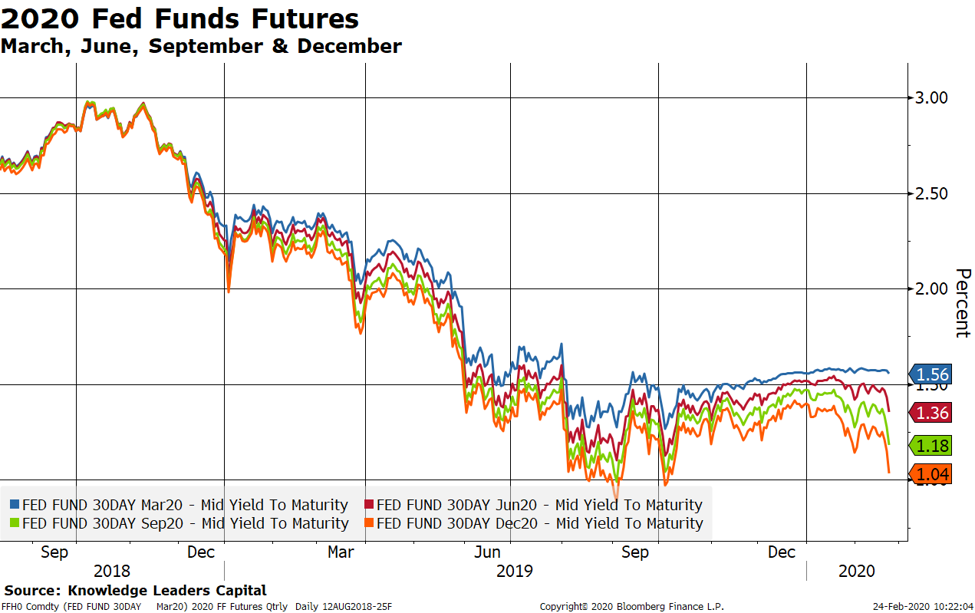 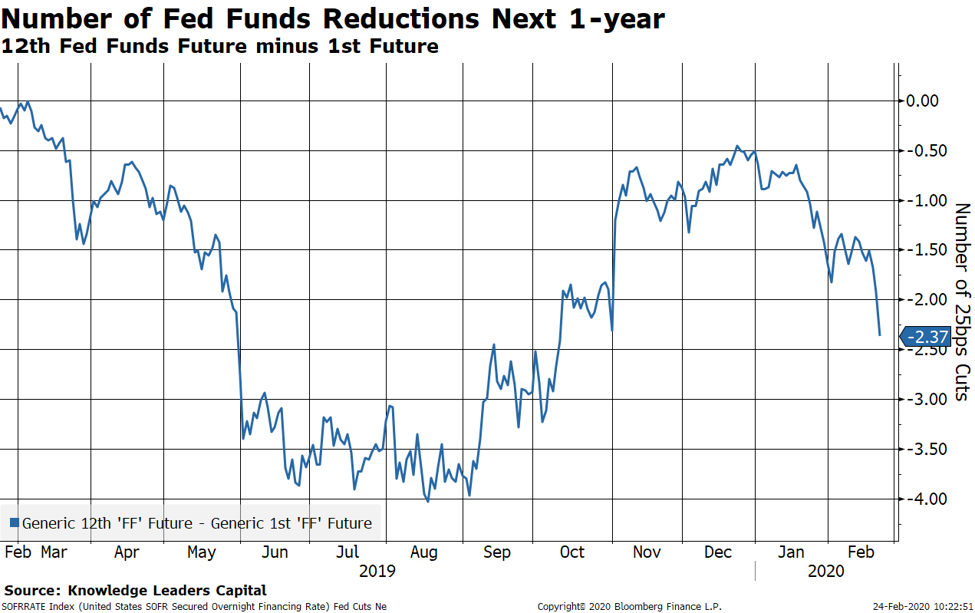 This translates into 59bps of cumulative easing over the next year. 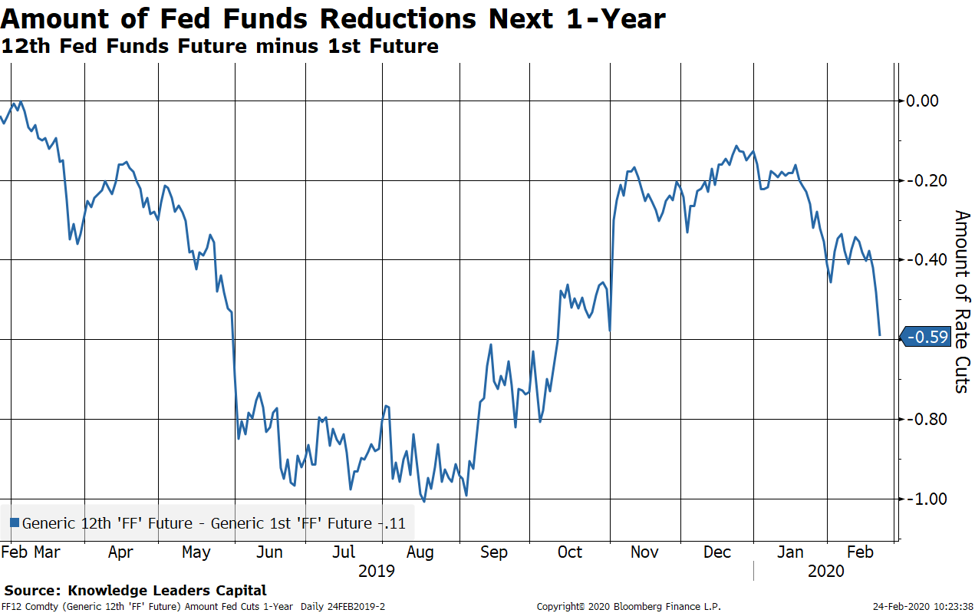 While the above charts do not yet suggest a market that is forcing the Fed’s hand imminently, things can change quickly. It was only last May that the market forced the Fed’s hand by sending fed funds futures contracts higher. Of course, the backdrop of that episode was a 5%+ stock market correction. If today’s equity market decline continues, the Fed should get ready for action.