While not 100% correlated, there tends to be a pretty good relationship between movements in the S&P 500 and credit spreads, both investment grade (IG) and high-yield (HY).

As stocks sold off in February and March, credit spreads widened rapidly. And, then on March 23, when the Fed announced “unlimited” quantitative easing, spreads bounced. They narrowed until April 13 and have since gone basically sideways. At the same time equities have been racing higher.

In the first chart, I show investment grade spreads compared to the S&P 500. Stocks hit about 2,850 when IG credit spreads peaked, so the retreat in stocks today isn’t entirely surprising. 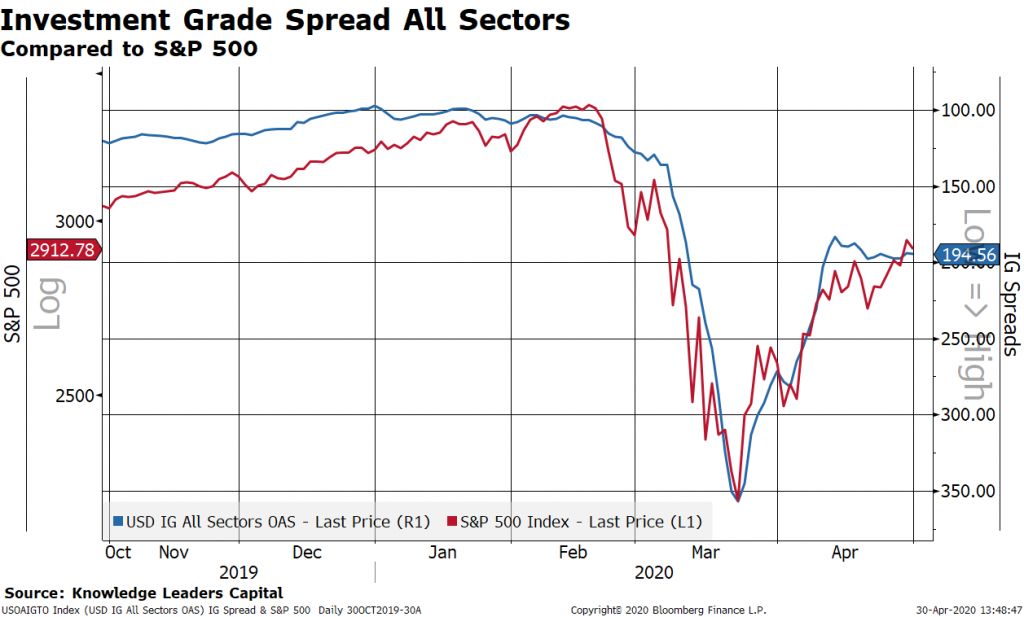 Now, we know that the Fed has introduced a new lending program—though it isn’t yet operational—aimed at “investment grade” companies, so it is likely that IG spreads have been somewhat artificially compressed. So, it makes sense to look at high-yield spreads too. In the chart below, I plot high-yield spreads against the S&P 500. 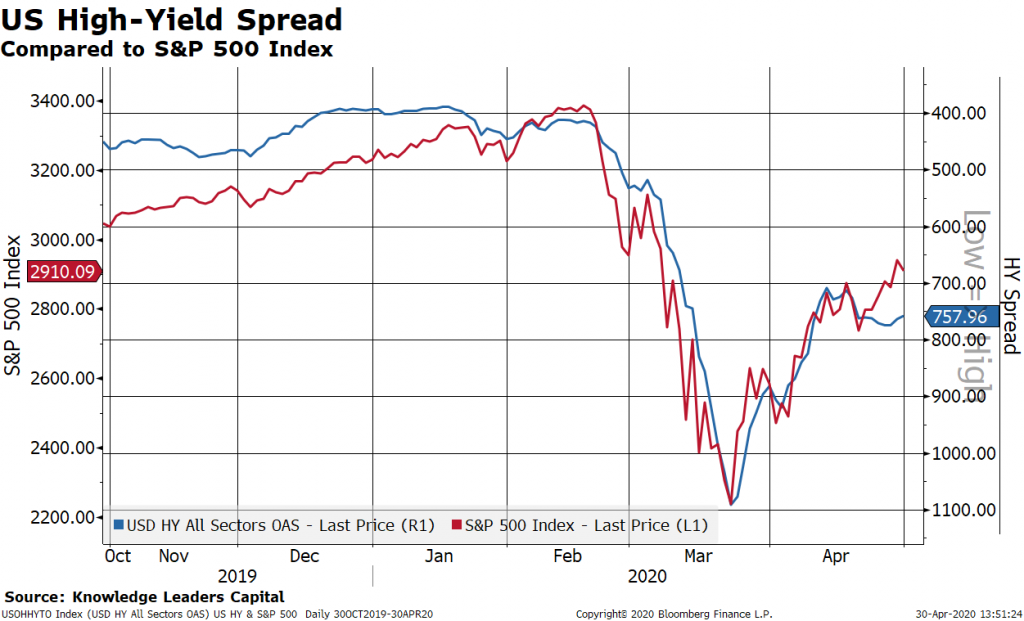 This divergence between high yield spreads and the S&P 500 suggests the possibility of a roughly 5% correction in stocks. Unless of course one believes that HY spreads continue to contract. With economic growth falling off a cliff, the later may be the less plausible scenario.