Garmin’s is one of those stories we used to see a lot: private companies made in the USA and spawned from the fruits of federal government innovation, in this case GPS. “In the early 1970s, the DoD (Department of Defense) began creating the Global Positioning System (GPS) but reserved use for itself until 1983,” according to IEEE Spectrum’s Consumer Electronics Hall of Fame. “That year, the federal government made it available for consumer applications.”

Building on this technology, in 1989 Garmin introduced the first portable GPS device for drivers in cars. The Garmin StreetPilot’s major breakthrough was its affordable price of $400. Though the product is long obsolete, a quick survey of search results on eBay indicates thousands of subsequent generations of StreetPilots are still on the road today. 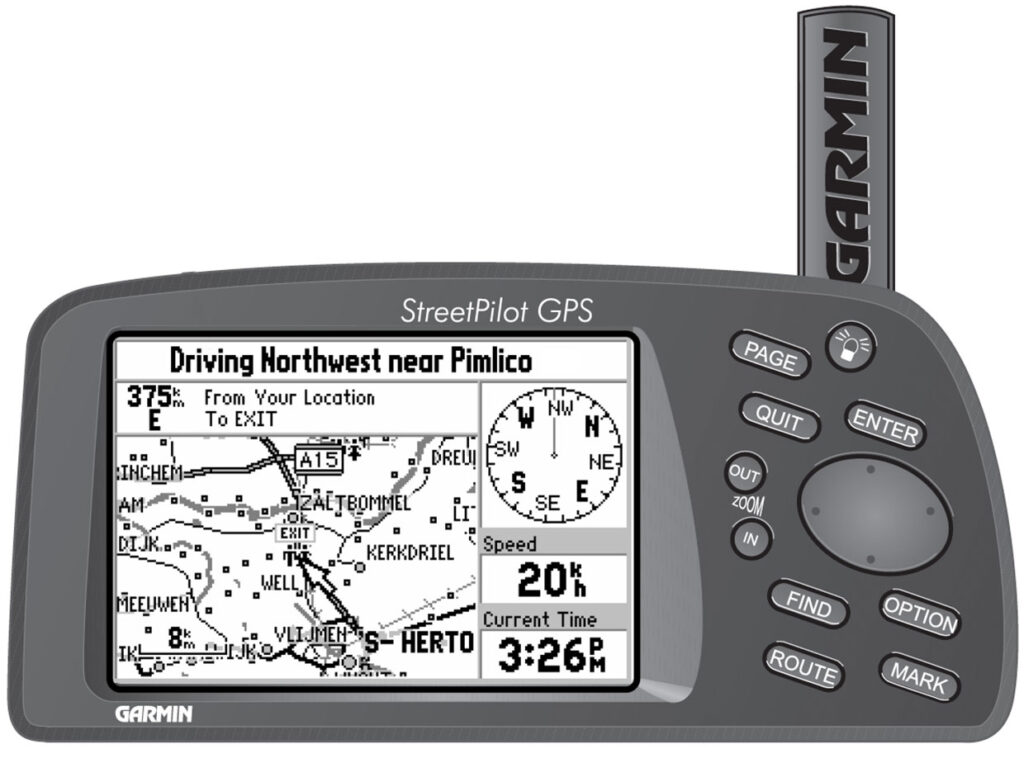 Headquartered in Olathe, Kansas, Garmin makes GPS devices and wearables for hikers, mountaineers, cyclists, boaters, scuba divers, drivers, pilots and even dogs. Many of the company’s devices for land, water and air still provide GPS via the US-owned satellite network constellation, where access is free of charge. Others, for greater mapping specificity, tap networks in Japan, Europe, China and Russia. Devices that promise 100% coverage of the globe connect to the Iridium low-orbit satellite network via subscription, which runs $15-65 a month, depending on the plan.

Since its founding in 1989, Garmin has delivered 220 million devices, including 15 million in 2019. But recently, the company announced a new milestone: 5,000 SOS rescues made so far using Garmin devices. The 5,000th SOS call tapped the Iridium network, according to a company blog, after a whitewater rafting emergency on the Green River in Colorado’s Dinosaur National Monument. When one raft got stuck on a massive boulder passing through a Class 4 rapid called Hell’s Half Mile, the boat flipped, ejecting two people, injuring one. The rafting guide had recently bought a Garmin inReach—a handheld portable mapping device–and used it to arrange for a helicopter rescue for the injured rafter, who was treated and later released. “If we hadn’t had the inReach, though, it would have been very hard to coordinate a rescue,” the river guide told Garmin. “We would have had to travel to the takeout point that was really far downstream, it would have been dark, and we would have had to try to make an emergency phone call. The whole scenario would not have played out smoothly.”

The firm considers its focus on strategic design as the key to its ability to compete. Once a new Garmin product has been approved, a multi-disciplinary team designs then transitions it to manufacturing, which takes place in one of five facilities in Taiwan, China, the Netherlands, Kansas and Oregon. This close partnership between engineering and manufacturing teams is what we call an intangible asset, because the productivity inherent in the sharing of resources across product lines serves to consistently lower costs and improve quality and time-to-market. This is also the kind of innovation footprint that shows up in our intangible-adjusted data compiled from historic financial reports, where we calculate Garmin spends 16.1% of sales on R&D activities. As a result, this Knowledge Leader ranks No. 3 for R&D out of the world’s consumer discretionary companies.

Garmin’s development staff includes industrial, software, electrical, mechanical and cartographic engineers. Of its 15,000 employees in 65 offices around the world, 4,500 are engineers and 4,900 are manufacturing staff. The company has been issued over 1,350 patents.

Sales are organized into five categories: fitness, outdoor, aviation, auto and marine. The majority of revenues in 2019 came from fitness products like sport watches (28%), followed by outdoor products like inReach—the device used in the whitewater raft rescue–(24%), aviation products like flight deck displays and instruments (20%), auto products such as DashCams and backup cameras (15%), and marine displays for mapping, sonar and radar (13%). Last year, 48% of sales were to the Americas, 34% to Asia Pacific and 16% to EMEA.

How has a business which describes itself as a maker of products “engineered on the inside for life on the outside” been impacted by the pandemic? In July, Garmin reported a 9% decrease in year-over-year revenue, with growth in fitness and marine, and declines in the outdoor, aviation and automotive segments. What’s next for Garmin? Much more of its incremental style of innovation, it would appear. In September alone, the company announced new products including an advanced GPS smartwatch for runners and triathletes, a coaching app for team stats, an ice fishing bundle to help anglers pinpoint schools of fish under the ice, a marine radar device designed to help boats avoid collisions, flocks of birds and weather, and new FAA certifications for emergency aircraft landing systems.

Consistent with every Knowledge Leader company we have studied so far, Garmin complies with a broad scope of regional environmental standards, works to eliminate hazardous materials from products, and advocates for human rights and responsible mining practices. The details of these efforts can be found on its website.

As of 6/30/20, Garmin was not was held in the Knowledge Leaders Strategy.