Headquartered in Melbourne, Australia, Incitec Pivot is a global leader in the materials sector with an unrelenting focus on Zero Harm, the expectation that its operations should never expose staff to harm or cause environmental incidents. The company’s origins began in the 1800s with the advent of the first safe detonator technology, and today it operates two companies. First, through Dyno Nobel, the firm plays a critical role in releasing the world’s natural resources to build infrastructure and generate energy. Translation: it makes detonators, boosters, and explosives and performs blasting services to the mining, quarrying, seismic and construction industries. This arm of the business was founded in 1865 by Alfred Nobel, who would go on to establish the Nobel Prize. Through its other business, Incitec Pivot Fertilizers, the firm has played an important role in building sustainable food production in Australia over the last 100 years as the continent’s largest supplier of fertilizers. Today it delivers about two million tons per year to Australian grain, cotton, fruit, dairy and sugar farmers. Dyno Nobel and Incitec Pivot Fertilizers were merged in 2003, and today the firm has 60 manufacturing facilities across Australia, Europe, Asia, Latin America, Africa and North America, including in the US states of Wyoming, Missouri, and Louisiana.

Looking forward, the firm’s innovation priorities include a strategic Net Zero Pathway decarbonization initiative, plant conversions to use water from recycled sources, diversifying away from single suppliers in its supply chain, and new R&D partnerships at work on breakthrough products like “smart fertilizers” for example, aimed at regenerating soil health, and green ammonia that lowers emissions. 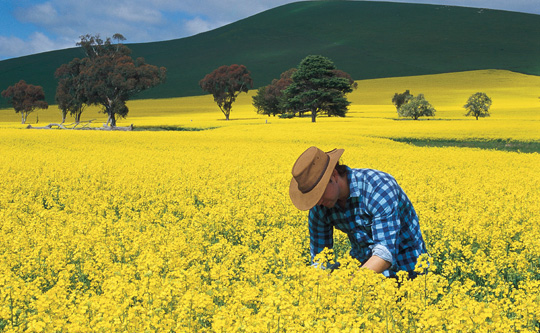 As of 3/31/22, Incitec Pivot was held in the Knowledge Leaders Strategy.