Take-Two Interactive Software makes games for consoles, computers, and phones. With a mission to be the most creative, innovative, and efficient entertainment company in the world, the firm attributes its success to captivating players with experiences that transcend geographies and generations.

Headquartered in New York City, Take-Two Interactive was founded in 1993 and soon became known for brands including Rockstar Games, 2K, and Intercept Games. With 13 titles that have sold more than five million units and 17 of the top 200 U.S. mobile games, today the firm ranks among the largest American gaming companies. That places it fourth by gaming revenue behind Microsoft (Xbox Series), Activision Blizzard (Call of Duty), Electronic Arts (FIFA), and Epic Games (Fortnite). In 2021, Take-Two Interactive’s most profitable game was NBA 2K22.

The firm differentiates its products by combining advanced technology with compelling storylines and characters that offer unique game experiences—all of it highly dependent on the creation, acquisition, and licensing of intellectual property. (Today, it owns the intellectual property rights to 30 proprietary brands.) The strategy is then to focus on a select number of games for which it can create sequels and incremental revenue opportunities through virtual currency, add-on content, and in-game purchases.

Looking to the future, Take-Two’s growth strategy revolves around the May 2022 acquisition of Zynga, which brings its user base of 40 million daily players of mobile games like Farmville, Words With Friends, and Zynga Poker. Take-Two aims to introduce this massive audience to its own suite of long-running, game franchises. 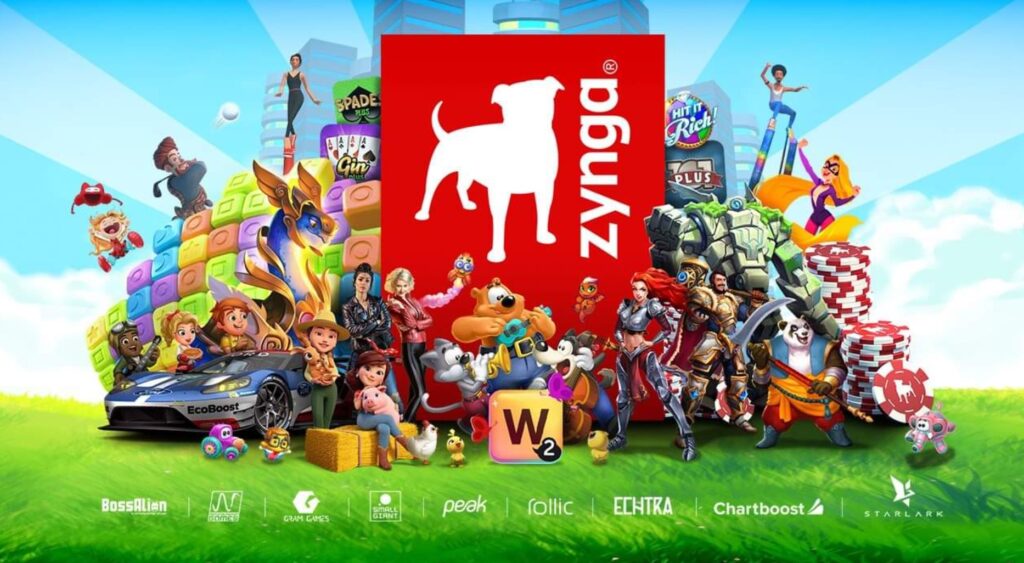 The firm is highly optimistic about future growth based on strong industry tailwinds. In 2021, gaming was the #1 entertainment vertical, with the average gamer being 31 years old. Last year there were three billion global video game players who downloaded nearly 83 billion mobile games. In addition, these players watched a total of 653 million hours of gameplay every week across Twitch and other platforms.

As of 6/30/22, Take-Two Interactive Software, Activision Blizzard, and Electronic Arts were held in the Knowledge Leaders Strategy.