Options Based Hedging is at Record Levels 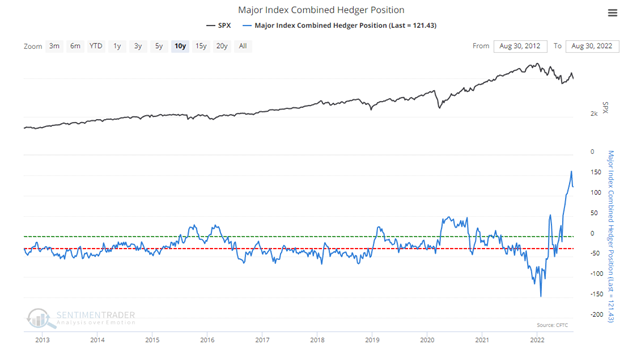 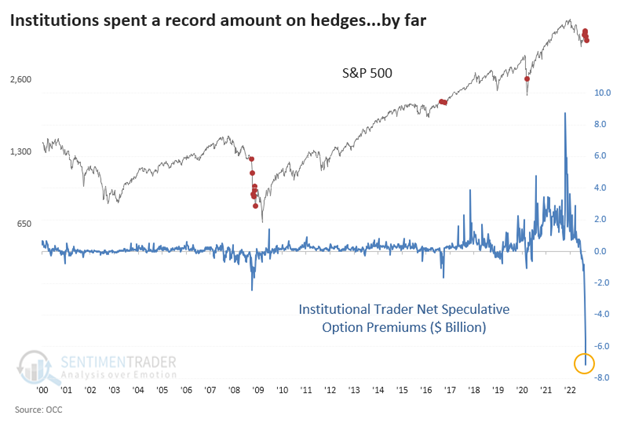 Another way to measure this activity is to consider the average premium paid for calls and puts. Last week large investors spent an average of $153 per call option. At the same time, they spent $1,638 per put option. Netting those premiums out, we can see the record-breaking demand for protection against a crash that was spent last week. 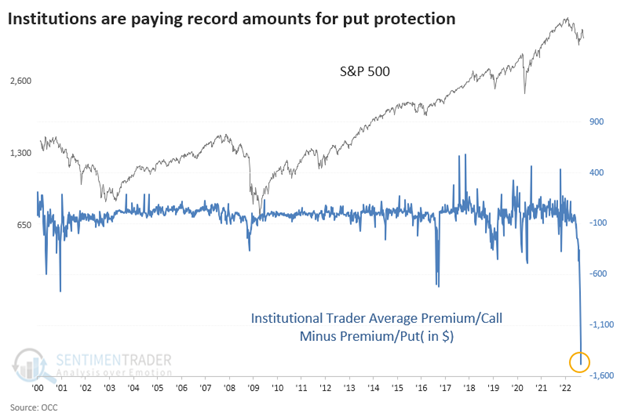 We don’t want to suggest that these traders are wrong in their predictions for a crash, but the contrarian in us thinks this could be a positive set-up for a move higher in stocks. This trading has left dealers with a negative gamma exposure, which basically means dealers will have to buy stocks to hedge their books should stocks decline further.

Gamma exposure made lows around the lows of the S&P 500 this year in January, March, May and June. Will last week’s negative gamma reading similarly lead to a rebound in the stock market?