This morning the monthly job openings and labor turnover (JOLTS) report was released, and it came in significantly shy of expectations. While Bloomberg’s consensus estimate was for 6.925 million job openings, the actual number came in at 6.423. It is important to keep in mind that this is December data, so it doesn’t yet reflect the impact of the coronavirus on business operations. 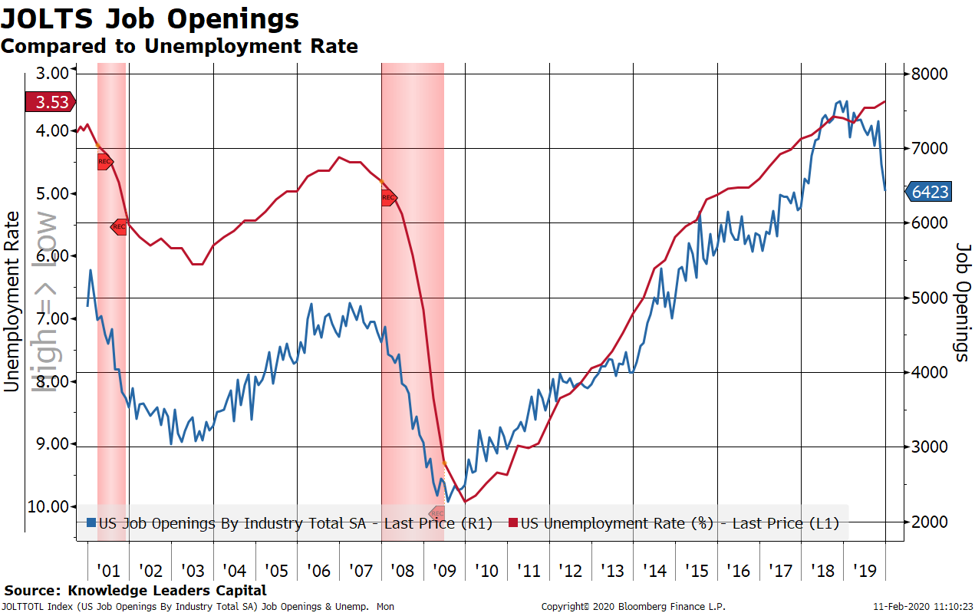 Interestingly, stocks stopped outperforming bonds about a month before the peak in job openings. The SPY/TLT ratio peaked on October 8, 2018 and has underperformed since then. This one-variable model goes a long way in explaining relative asset performance and hence is helpful in asset allocation decisions. This model suggest stocks could underperform long duration US Treasury bonds by 25% just to catch up to the current level of job openings. Any further deterioration in job openings would suggest the potential for greater underperformance. 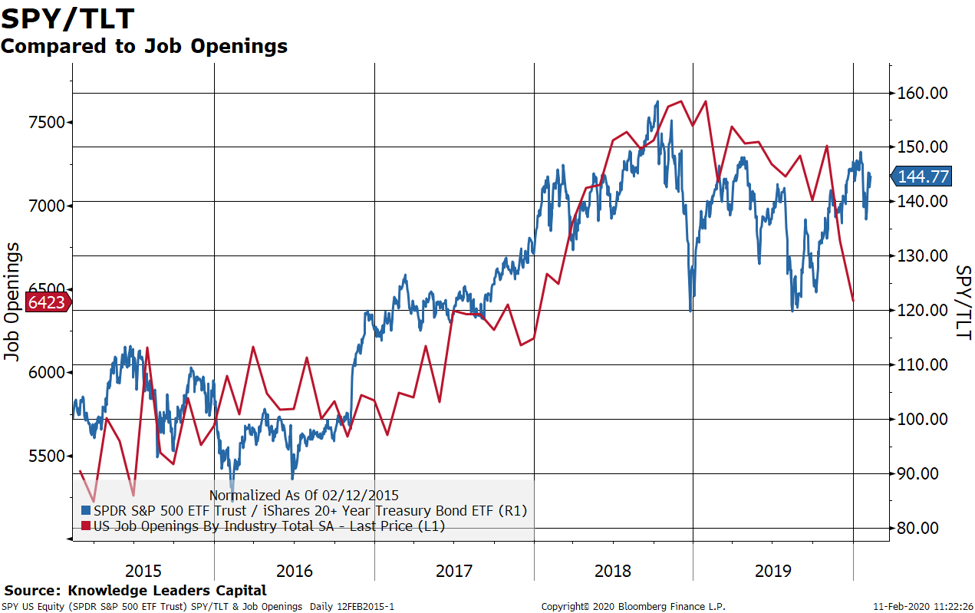 Today’s huge miss in job openings should be a JOLT to investors who understand the historic relationship between the economy and asset prices.