Keep an Eye on the Yuan & Corporate Spreads

Since the March 23, 2020 low, when the Federal Reserve announced basically unlimited liquidity via a variety of programs, corporate spreads have narrowed, and the stock market has risen substantially. In the chart below, I overlay US investment grade spreads over the S&P 500 Index. 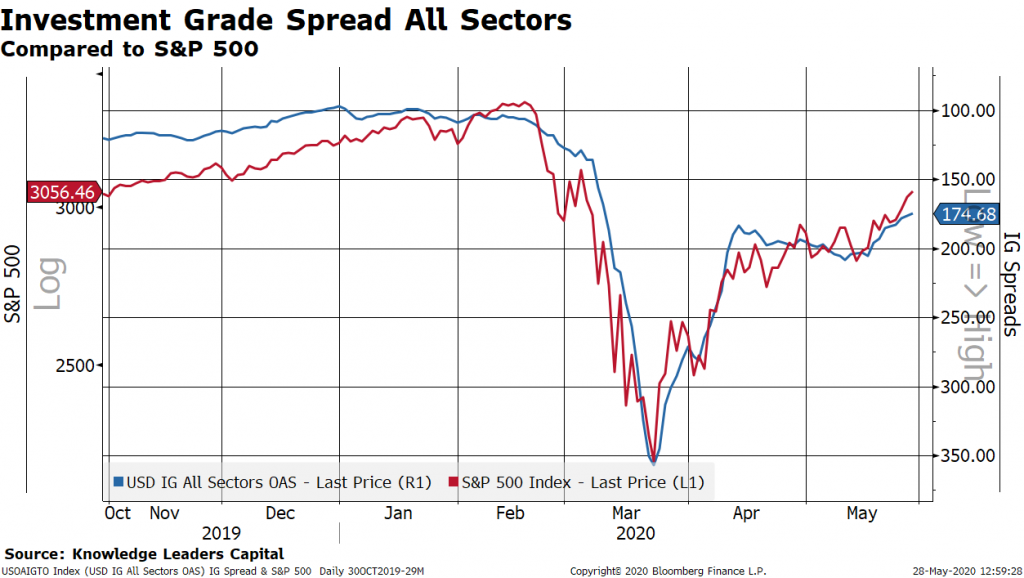 The funny thing is that the Fed really hasn’t put out all that much money into these new facilities. In the chart below, I capture the amount of money the Fed has spent on its facility designed to assist corporate bonds. All they’ve lent is about $1.2 billion. Clearly, the Fed’s verbal intervention has helped considerably. 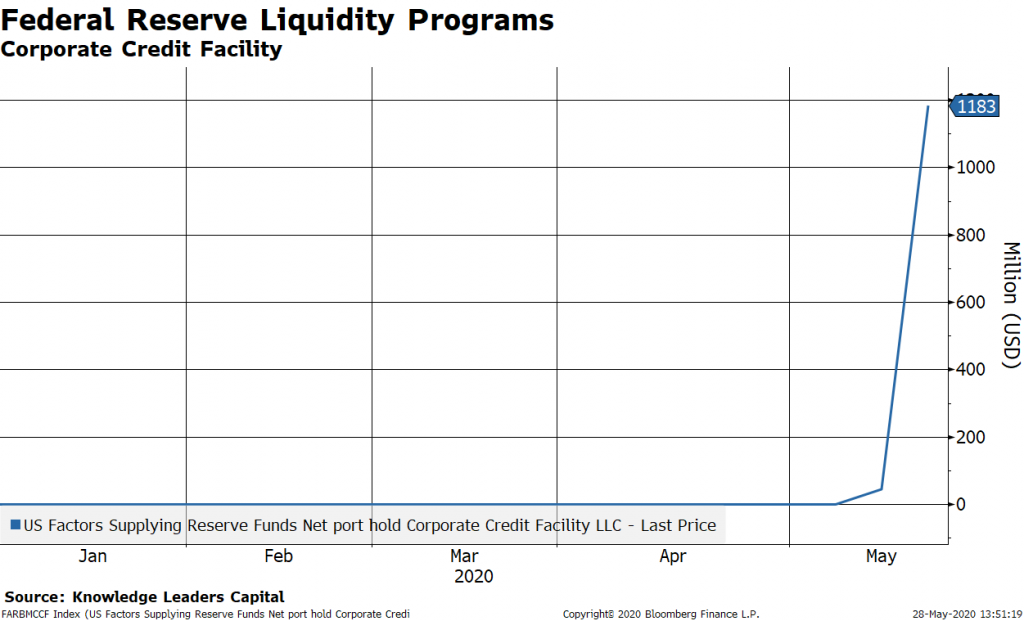 With that said, there is a new risk on the horizon to keep an eye on—the depreciating Chinese Yuan. While the Fed is surely going to be more active in the corporate bond market, they may need to start actually lending some money here as other fundamental forces work against the narrowing of corporate spreads.

Very quietly, the Chinese Yuan—the offshore version that is more subject to market forces—has slowly been depreciating. This depreciation was associated with the dramatic widening of spreads we experienced earlier in the year. 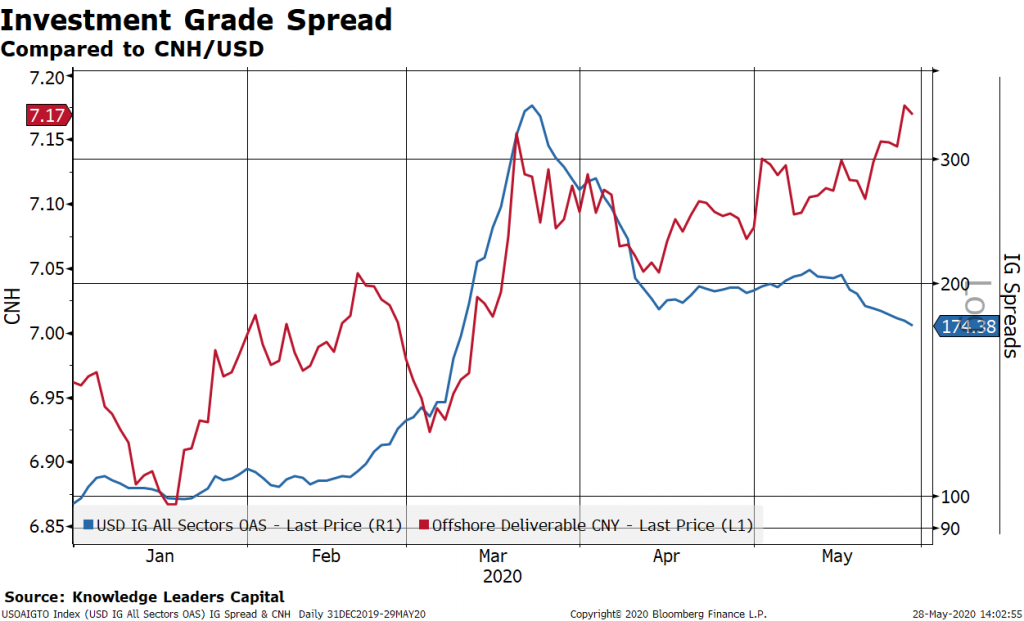 We’re now at an interesting crossroad. News of the last 24 hours clearly suggests that China is “overtaking” Hong Kong and the international community is recognizing this. Part of the Phase 1 trade deal between he US and China included vague language about not using the currency to manipulate markets. Is it possible that with the “takeover” in Hong Kong and the currency depreciation, the US rips up the deal and the CNH soars? Who knows?

What is clear is that investment grade credit spreads and US stocks are diverging. 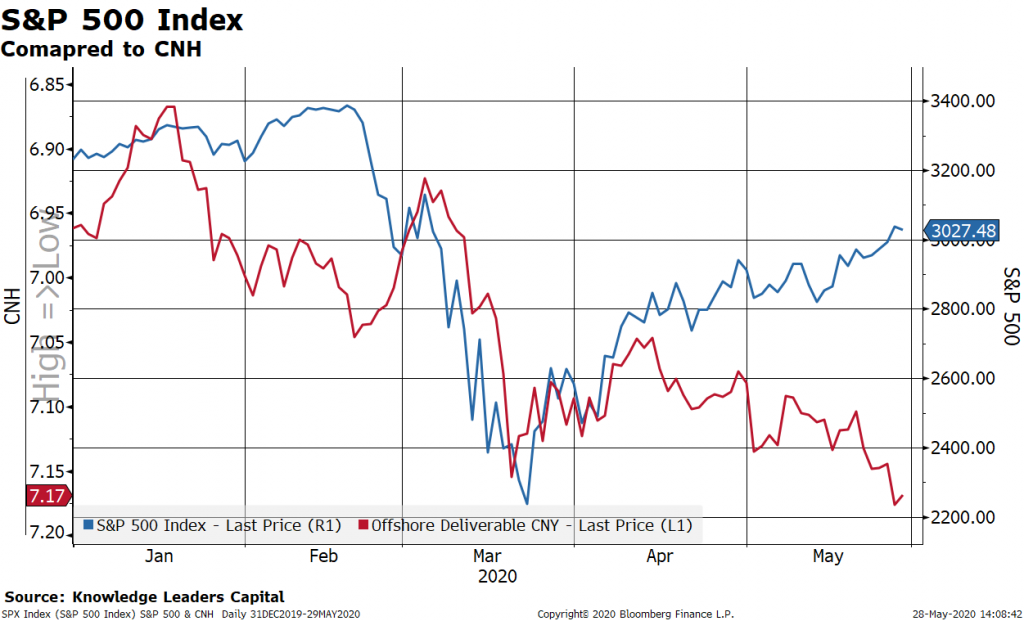 Stocks are making new recovery highs as the CNH is on the precipise of breaking out. Since mid-April the divergence has become pronounced enough to call it out as a risk worth paying attention to.