In this quarter’s strategy package, we share our analysis on Japan’s Reopening Trade. In the full slide presentation, we cover the following:

-Japan seems to have crushed the COVID-19 virus (for now at least) with daily new cases under 400/day. Lockdowns are over and the economy is reopening.

-In Japan, in contrast to other developed economies, GDP growth is expected to accelerate in 2022 from 2021’s pace. Consumer spending and industrial production expectations for 2022 have been rising recently while they’ve been declining in the US.

-Survey data illustrates the vigor of the re-opening, while the labor market appears much healthier than the US.

-Unlike the US, transitory elevated inflation is not a feature of the Japanese economy right now, giving the Bank of Japan (BoJ) scope to increase stimulus to aid the re-opening. The BoJ has been largely absent from asset purchases all year, with the balance sheet roughly flat all year.

-Due to lockdowns and lack of central bank stimulus, the Nikkei has underperformed other developed equity indices YTD, but we think there is a catch-up trade to play in Japan.

-On every valuation metric we consider, Japanese stocks trade at a significant discount to the US.

-Many perceive the S&P 500 as some super index with far superior operating metrics than other regional equity markets, but the differences are much less pronounced when one reviews the data.

-Leverage levels in Japanese stocks are a fraction of what they are in the US and Europe. The phenomenon of taking on debt to buy back stock is not done much in Japan.

-The Japanese Yen is roughly 44% undervalued compared to the USD, adding a potential additional level of performance to US-based investors.

-Incoming Prime Minister Kishida has promised stimulus and ruled out increases in taxes.

-The Nikkei 225 (in USD terms) has eclipsed the highs of December 1989. After a 32-year consolidation, we think it is ready to break out. 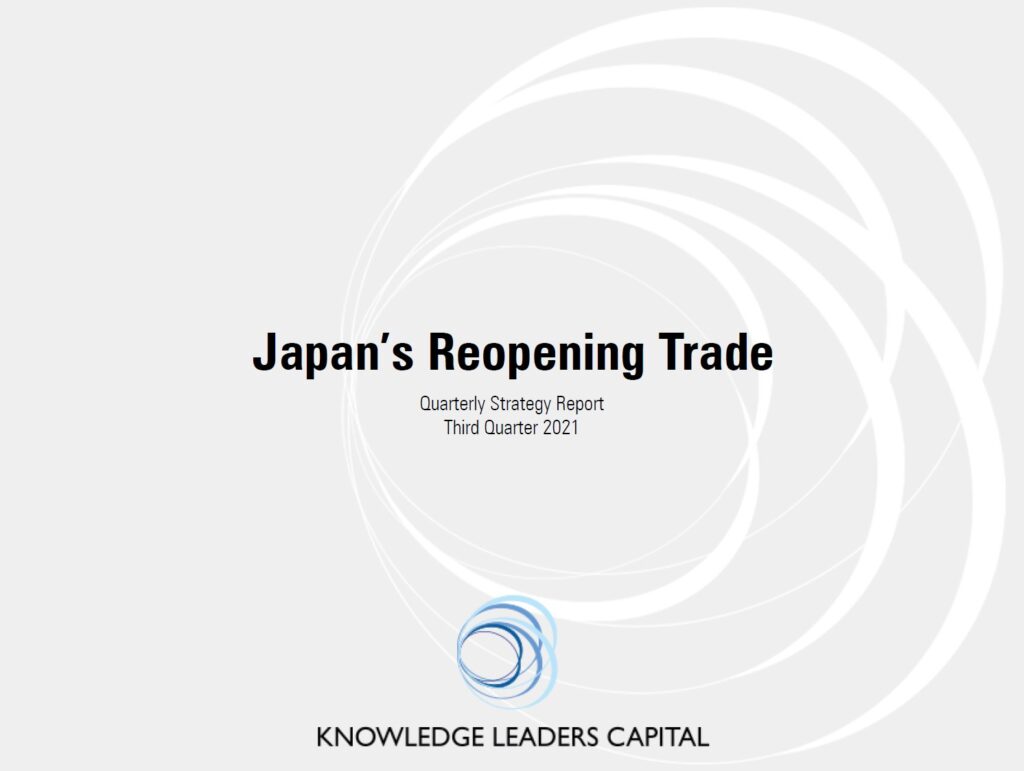