Below we highlight a few takeaways from Fed Chair Jerome Powell’s confirmation hearing today before the Senate Banking Committee, broken down by topic.

Overall, the market seemed comfortable with Powell’s words, with stocks reversing a multi-day downtrend. Yesterday December 2022 Fed Funds Futures closed with a yield to maturity of 90bps. If we start with the upper bound of the fed funds rate (25bps), then the market is pricing two hikes, with a 60% chance for a third in 2022. Prior to the hearing, fed fund futures rose to a high of 94bps, but by the end of the hearing, they were back down to 90bps, unchanged from yesterday. All in all, Powell seemed to successfully walk the tightrope today. 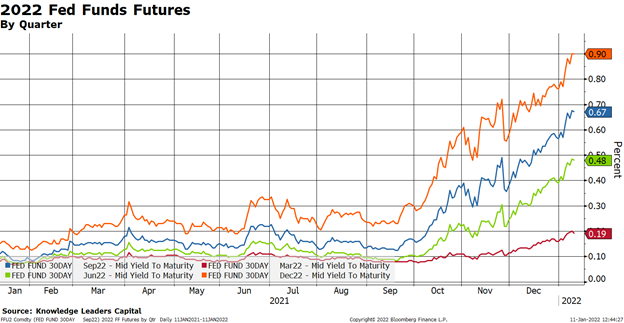