Is Inflation on the Cusp of Coming Down?

Tomorrow we get the consumer price index year-over-year for January, with expectations for 7.25%. This would take the CPI to a new high for the cycle, rising from 7% year-over-year from December. 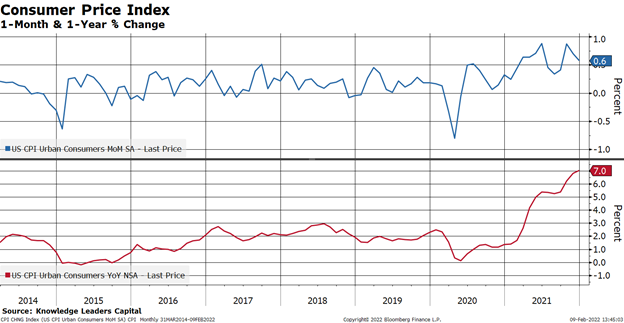 We would like to see the print undershoot and offer several reasons why it may print lower than expected.

First, from a markets expectations basis, the US Treasury market seems to have priced in peak inflation back in November. It would be more confidence inspiring if these series were falling faster, but nevertheless market-based inflation expectations are down for the last three months. 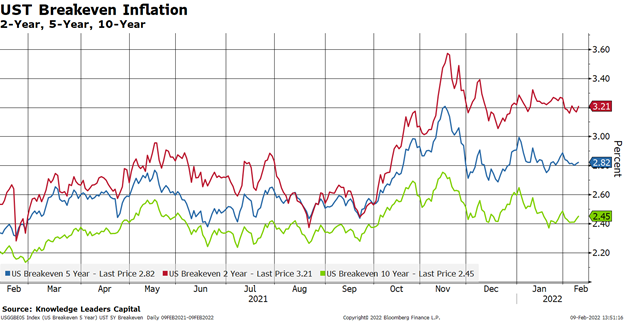 It could be that the peaks in breakeven inflation were a function of a peak in the quarterly employment cost index in September 2021. 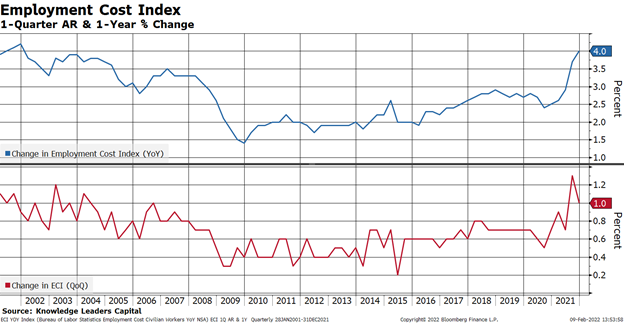 Second, the US CPI has a tight fit with the producer price index year-over-year for China. China’s PPI peaked in October 2021… again perhaps explaining why inflation expectations peaked in November 2021. 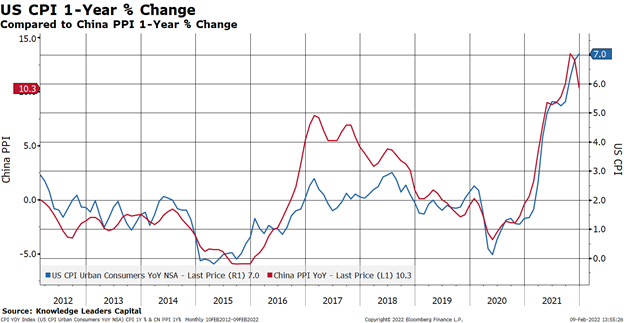 Signs seem to point to the Chinese PPI coming back down pretty quickly. The recently released Caixin Manufacturing PMI Input Prices showed a significant drop from the October peak. A simple visual extrapolation would suggest the Chinese PPI falls back 1.5-2% in the near future. If that comes to pass, the US CPI would seem likely to come down pretty significantly. 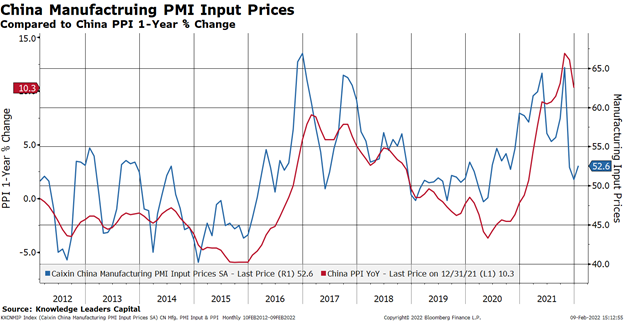 Looking at Bloomberg forecasts, it appears that year-over-year inflation is expected to peak in either January or February since the contributor composite sees year-over-year CPI in March 2022 fall to 6.8% and then decline each quarter to the end of the year.

A few other economic stats relating to inflation appear to have peaked in the last few months. The national Federation of Independent Business report showed that plans to raise prices peaked in November 2021 and is off 7pts since then. 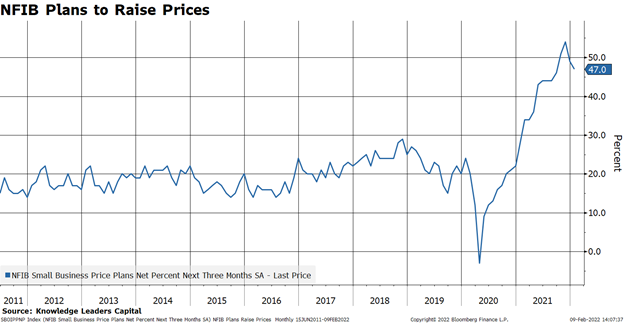 The Philly Fed PMI survey of prices paid and prices received appear to have peaked too. 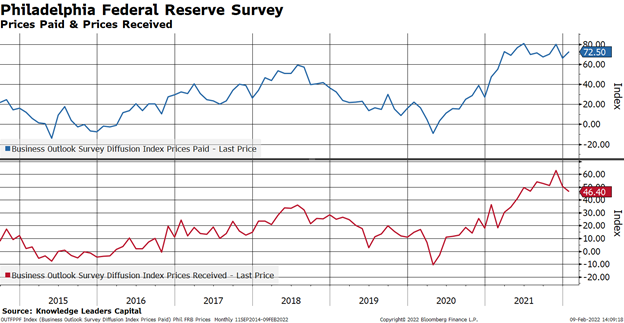 It is the same story with the Empire Manufacturing survey, with prices paid and received appearing to roll over. 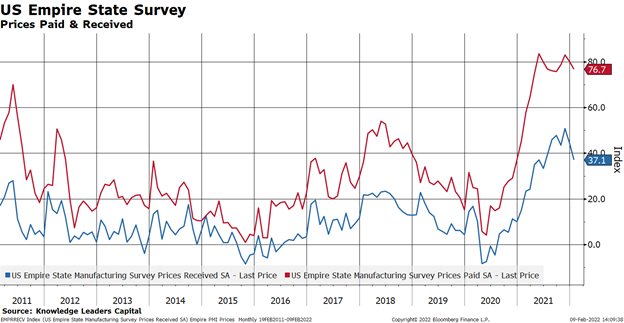 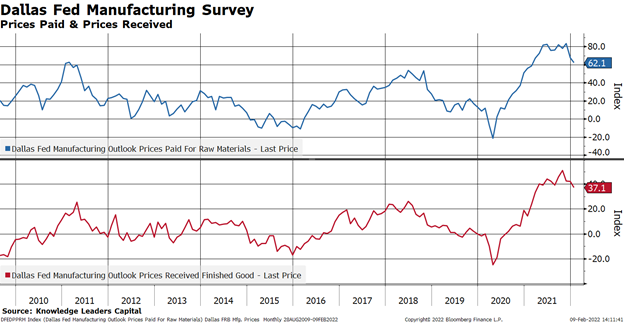 Since the market has priced in a more hawkish Fed, an undershoot in CPI tomorrow could cause a re-evaluation in the inflation outlook and the Fed’s hiking path. Notice how both Fed funds futures and Overnight Index Swaps are pricing in more tightening in 2022 and 2023 than the Fed’s latest official dot plot. 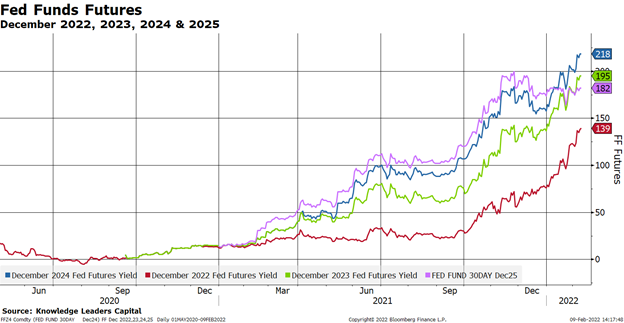 Let’s not forget that the Bureau of Labor Statistics told us last month that it would commence with its recalculation of the CPI in January. This is a total wildcard.

Now that the word “transitory” has been retired, maybe inflation is on the cusp of slowing faster than expected. Wouldn’t that be ironic.