The President today asked Congress for a gasoline tax holiday to alleviate the cost of gasoline and diesel in the country. This is not the solution.

With the exception of a 200,000 barrel/day refinery in Garyville, Louisiana, built by Marathon Petroleum in July 2020, there has not been a gasoline/diesel refinery built since 1977. Environmental concerns, permits and lawsuits have restricted the construction of new refinery capacity for 45 years.

In the same month of the completion of the above refinery in 2020, refinery capacity in the US peaked. Since then, it has dropped by around one million barrels/day. Many refineries have been retooled to produce “green” energy liquids and others have been shut down. 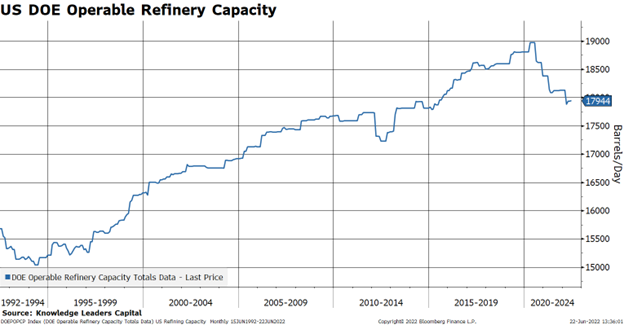 While it has been suggested that the oil companies are not cooperating with the attempt to alleviate high-refined product prices by producing more refined product, this just simply isn’t true. Refinery capacity utilization is 93.7% currently, which is actually somewhat above the average for the last decade. 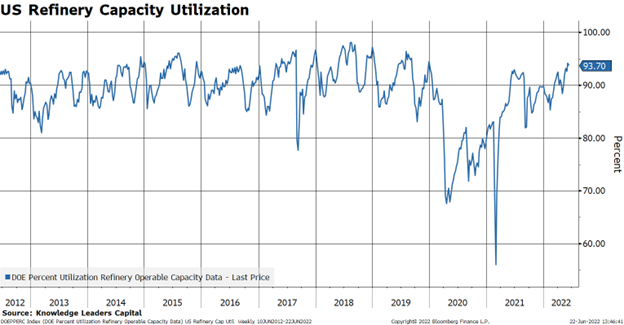 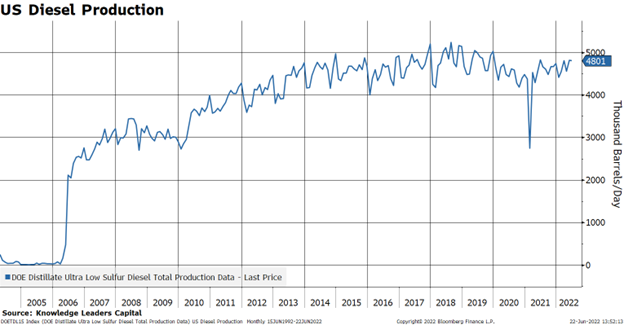 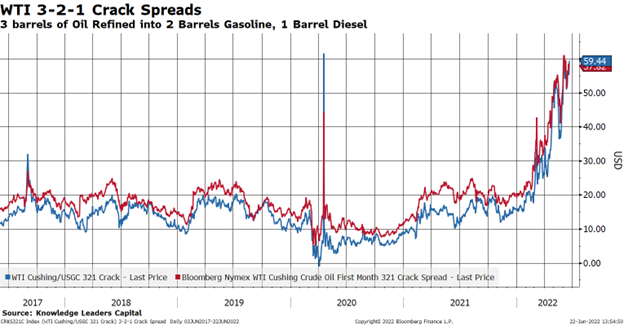 Second, we can look at the difference in price between 93 octane gasoline, which is more expensive to refine, and 87 octane gasoline. The spread historically has oscillated between $10-$30, but it broke out of that range in March, right after the Russian invasion of Ukraine. 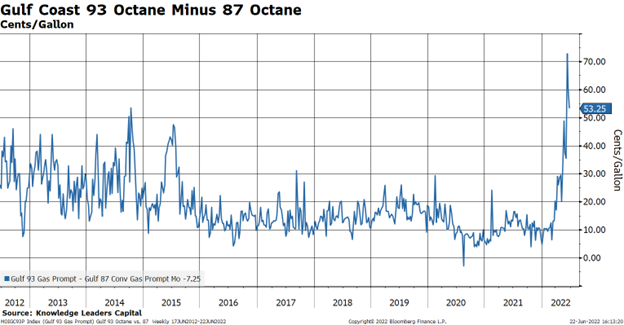 While it is painful to say, I think we need to see another pivot in policy. Publicly shaming oil companies, using a false narrative of price gouging, enacting a gas tax holiday and proposing windfall profit taxes are not good ideas either. The US simply needs to pivot in its “green” policy and encourage greater domestic production of refined product. While this seems like the strikingly obvious answer, until the government pivots and actually incentivizes refined product production, this situation is likely to persist.

In Commerce City, Colorado, a suburb of Denver, produced oil is refined for sale in the Denver metro area. So, supplies should be more secure…they should. I arrived home from the mountains last weekend and, as I normally do, stopped in my neighborhood to refill my tank (after a 200-mile round trip to Vail) and the gas station was OUT OF GAS. While I was born in the 1970s, I wasn’t old enough to experience first-hand the gas lines. I just got my first taste…and I did not like it.

Fill ‘er up before you head out for the Fourth of July because if the Juneteenth holiday shortage is any prelude, the 4th is likely to be worse.