Maker of the probiotic “Yakult” drink, the company Yakult Honsha’s mission is to contribute to health, happiness, and the pursuit of excellence in life, science and microorganisms. Its flagship refrigerated milk drink is enjoyed daily by more than 40 million people in 40 countries. 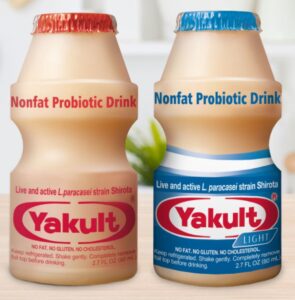 This Japan-based firm’s origins reach back to 1921, when poor hygiene and nutrition caused widespread cholera, dysentery and death. Founder Dr. Minoru Shirota set to researching microorganisms with the idea to push beyond simply treating illness and figure out how to prevent it in the first place. Eight years later, a breakthrough: Sirota discovered a strain of lactic acid bacteria that could reach the intestines alive and once there, help suppress harmful bacteria. Today, that bacteria not only is named after him (Lactobacillus casei strain Shirota), it forms the basis of his recipe for his fermented drink.

Yakult means yogurt in Esperanto, a global language invented in the late 1800s and believed at the time to be the future of language for all people, a nod to Shirota’s vision for making Yakult affordable and accessible worldwide. The founder’s three core beliefs remain central to the firm’s innovation strategy today: first, an emphasis on preventing illness rather than treating it once it develops; second, the idea that a healthy intestinal tract leads to a long life; and third, a commitment to making products affordable so everyone can access good health.

Over the decades, this Knowledge Leader has evolved its product offerings while keeping probiotics at its core. Today’s Yakult Honshu makes cosmetics incorporating microorganisms aimed at protecting the skin and a prescription drug line for treating various types of cancer. An R&D team based at the Yakult Central Institute in Tokyo continues the research on Lactobacillus casei, recently confirming for example that it acts on the nervous system through the gut-brain axis—a relationship in which the brain and intestines constantly exchange information—alleviating stress, improving sleep quality, and more. The firm also discovered the Shirota strain has been demonstrated to regulate immunity by maintaining and restoring “Natural Killer” cells, which can help the body fight the cells that cause cancer. Most recently, the development team was able to raise the probiotic concentration for a new drink called Yakult 1000, aimed at relieving stress and improving sleep quality in situations where one is under temporary mental stress. The firm’s R&D teams also develop the technology, tools, and manufacturing processes that support and advance its own products. Yakult Honshu aims to achieve net-zero carbon emissions by 2050. 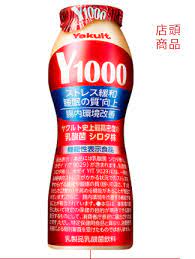 As of 6/30/22, Yakult Honsha was not held in the Knowledge Leaders Strategy.