China’s Reopening Trade is On

In an abrupt volte-face, on December 7, 2022, China announced an end to its “Zero-COVID” policy after the country endured almost three years of damaging lockdowns. This began a flurry of speculation on the impact that China’s reopening would have on the world economy. Central to the lockdown and reopening thesis is the idea that the Chinese have under-consumed during the lockdowns and will now over-consume to make up for time lost.

As the chart from Goldman Sachs makes clear, the amount of bank deposits piled up to a historic extent in 2022, leaving the consumer with significant dry powder to consume. China holds as much as 14% of its GDP in domestic household deposits. This number increased by a further 15 trillion Yuan last year.

The smart folks at Piper Sandler calculated that China’s domestic deposits are above trend in an amount equal to about 6.6% of GDP. 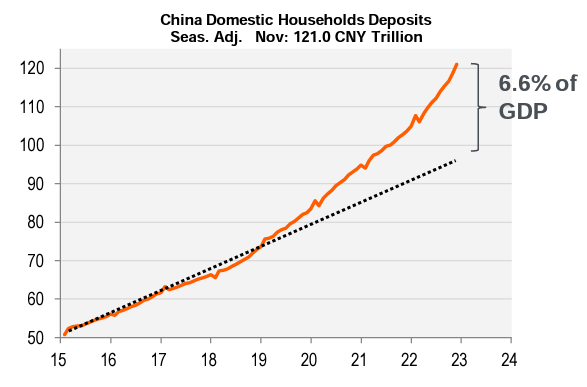 With China just starting to reopen in December, the bar was low for December economic data. Retail sales were expected to be down -8.47% over the last year. Instead, they surprised and were only down -1.8%. They were up 5% month-over-month in December, shocking most observers. 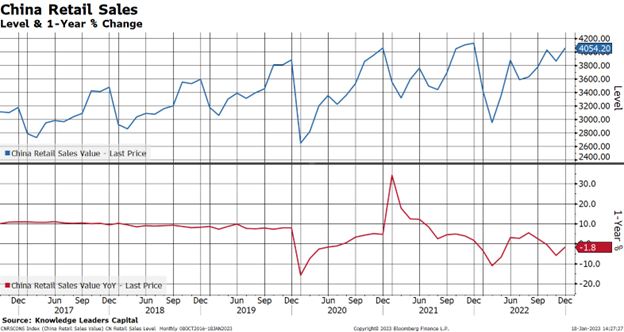 The last few weeks have seen beat after beat in Chinese economic reports, leading to a rash of upward revisions. Bank of America raised its 2023 GDP forecast to 5.5% and Goldman raised its prediction to 5.2%, compared to the consensus of 4.8%. 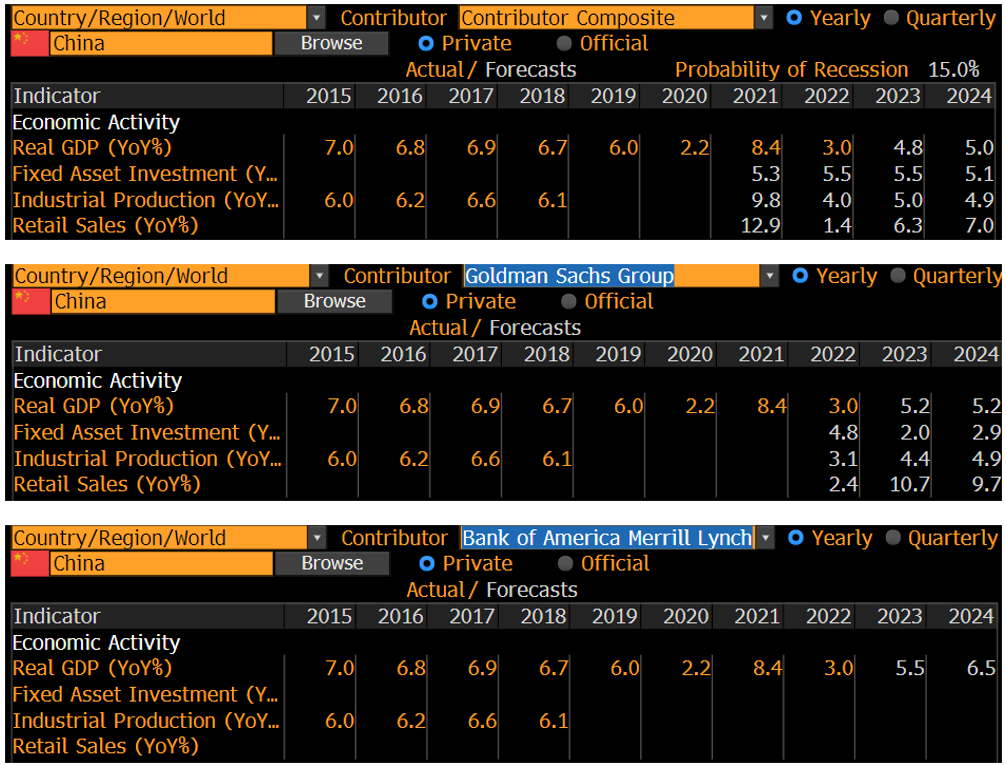 So, the Chinese consumer is cashed up and ready to spend from a higher base than was believed. At the same time:

This suggests that in addition to the consumer powering the economy in 2023, industrial production is likely to make a material contribution as well. The Bloomberg consensus (above) only expects 5% growth in industrial production, but if the consensus turns out to be as accurate as its recent retail sales predictions, this is likely very understated.

Dr. Copper is suggesting that China’s GDP estimates will be on the march higher over the next few months, likely driven by revisions higher in retail sales and industrial production. I charted copper against China consensus GDP forecasts lagged 120 days, and the data as of today looks like China’s GDP forecast could be set to rise above 5% in the months to come. 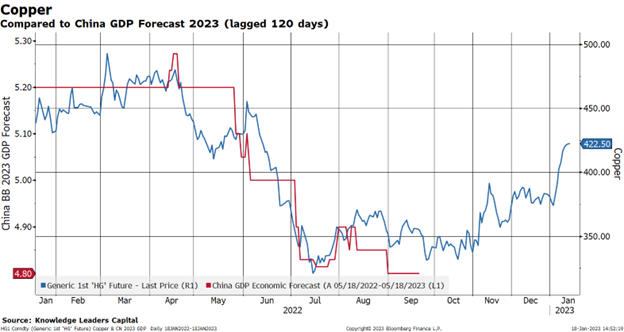 While there are obviously still headwinds to China’s growth, China recently confirmed plans for the relaxation of its Three Red Lines (三红线) policy, which restricts property developers’ access to capital. On balance it looks like we could expect a positive pulse to global economic growth this year from China’s reopening and relaxation of select restrictions. The China reopening trade appears to be on.