Are Home Buyers Back in the Game?

With mortgage rates down, mortgage applications for purchase surged last week, indicating some renewed enthusiasm from potential home buyers. Additionally, the NAHB’s survey of home builders showed what could be a bottom in negative sentiment or at least a reprieve from a terrible 2022. Friday’s Existing House Sales declined less than feared. All these reports combined suggest to us that the housing market may be stabilizing after being hobbled last year by the Fed’s rapid policy rate increases in the face of surging inflation.

After spiking at the most rapid rate in decades, mortgage rates appear to have peaked and rolled over. They are down almost one percent from the peak a couple months ago. 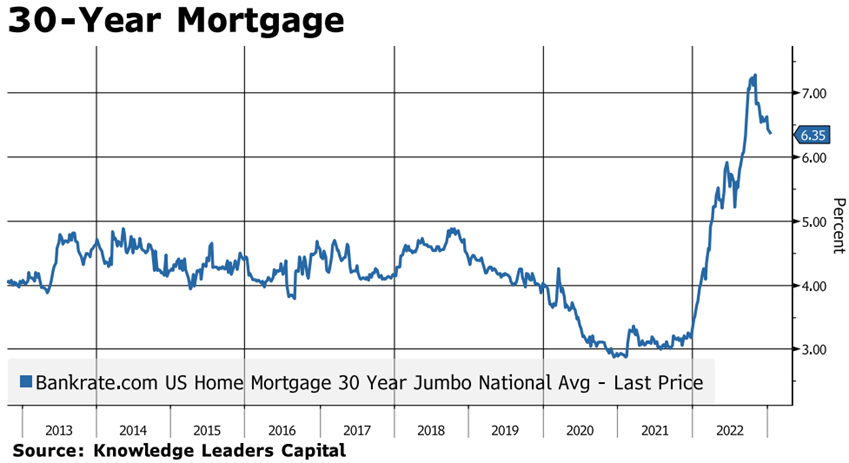 This resulted in mortgage applications surging by nearly 30% right after the holidays. The brunt of these applications were for purchases rather than refinances. 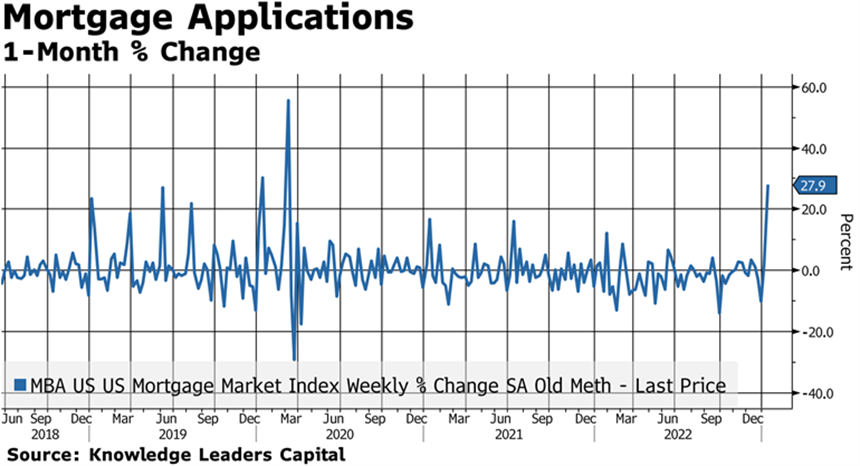 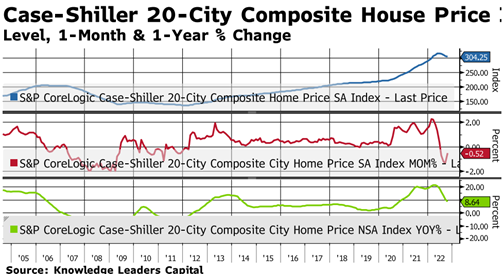 Single Family Builders, who have mentioned affordability and input costs as hurting the development of new homes, increased their outlook slightly, but the index remains around the lows of the past 30 years.

This dour homebuilder sentiment helps explain the continued slump in new housing starts. Builders need buyers to buy and with contract cancellations surging this year, the reliability of new contracts for purchases are in question. 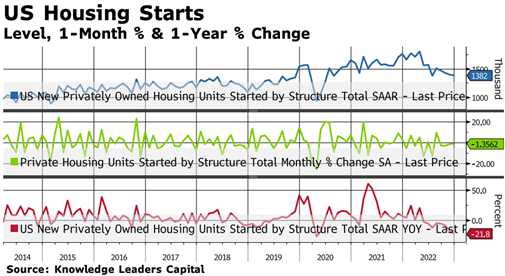 Existing Home Sales have decreased in total and on a year-over-year basis. This may be in large part because existing owners are “stuck” in their houses having locked in low mortgage rates in 2020. Yet, month-over-month there was a slight tick up in sales for December, and the -1.4% decline in sales was much better than the expected -3.4% decline in sales. 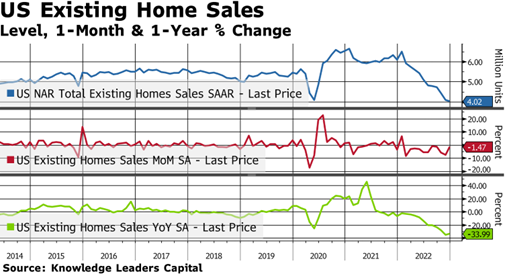 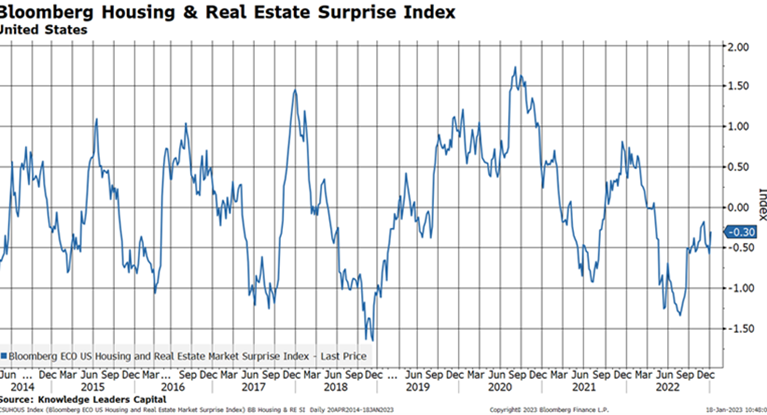 If the Fed reverses course or at least slows its rate increases as is widely expected by the market and some Fed presidents’ recent comments, potential homebuyers may be waiting to pounce on a limited supply of homes that are move-in ready.

Earlier in the week retail sales missed expectations, posting back-to-back monthly declines. Perhaps some of that lack of holiday spending was related to consumers that are potential home buyers showing restraint (fixing up their credit scores?) as they plan to start bidding on homes.