Over the weekend, we got a slew of data showing a generally weak economy. Below are the actual data compared with the expectations from Bloomberg.

Of course, the headline grabber was the -31.4% drop in residential property sales, but across the board, from industrial production to retail sales to investment came in shy of estimates.

This makes it incredibly unlikely that China is going to hit its growth target this year when all the components are running below estimates. Retail sales are currently running 0.5% behind calendar year estimates, while industrial production is running 0.7% behind and fixed asset investment is 0.3% behind.

Really the only thing working in China right now is exports. 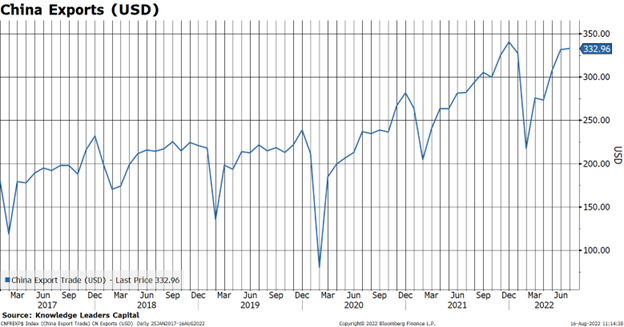 While it is leading to a growing trade surplus. 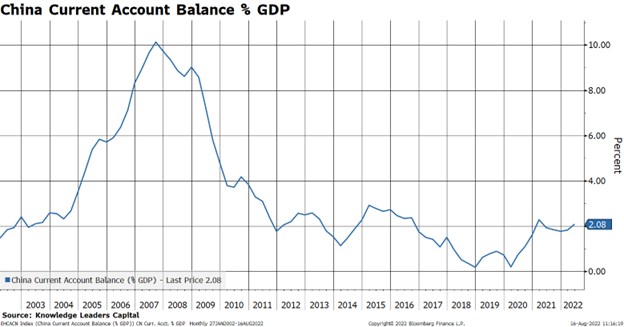 And, exports are again growing as a percent of GDP. 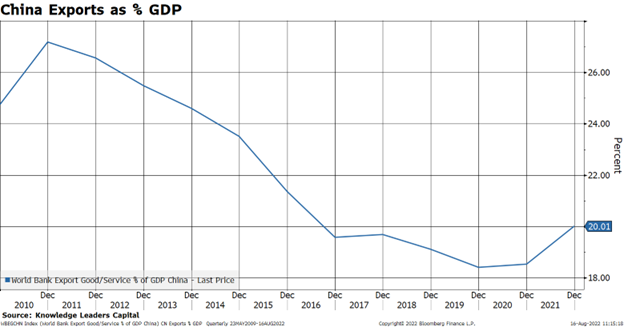 Despite the clear evidence of weak economic growth, China is not launching a huge stimulus program like it did after the Great Financial Crisis.

Instead they are tinkering around the edges. For example, yesterday China cut the medium-term lending facility by a token 10bps. They cut the 7-day repurchase rate by 10bps too. 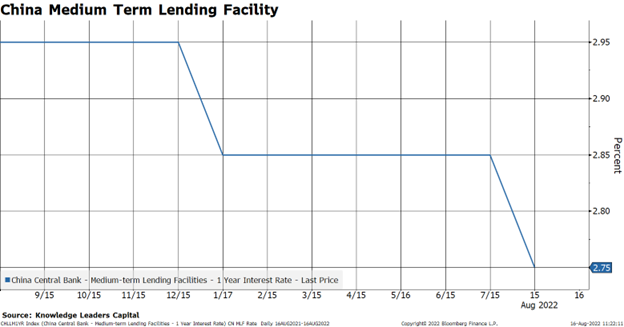 And, they are preparing the banking system for a more difficult liquidity environment by dropping the required reserve ratio. 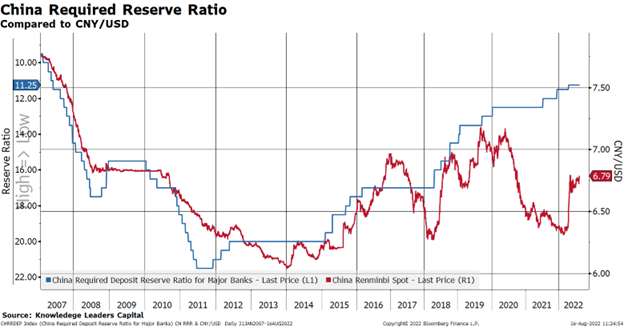 This last chart leads us to the real variable of interest: the CNY level. It looks like the Chinese Yuan is about to break out on the downside.

Looking at interest rate differentials with the US illustrates this point well. For short rates, I compare the upper bound of the US fed funds to overnight SHIBOR. This relationship suggests a CNY with a 7-handle. 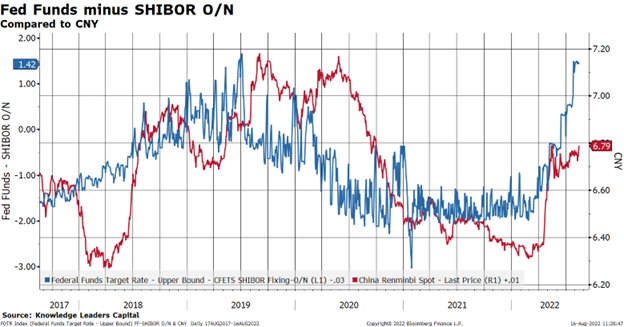 Next, looking at medium-term rates, the picture is the same. 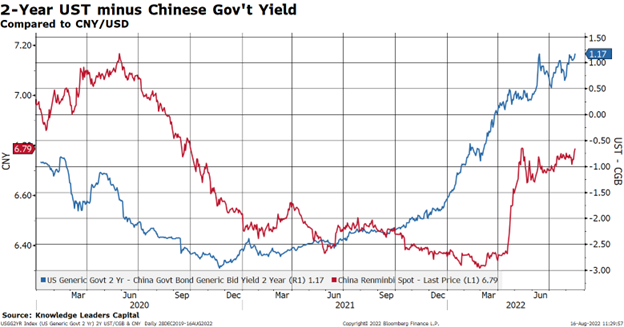 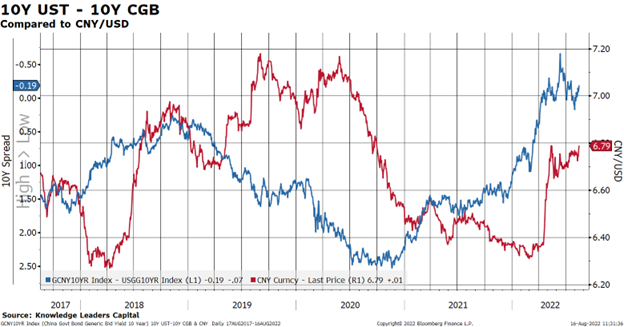 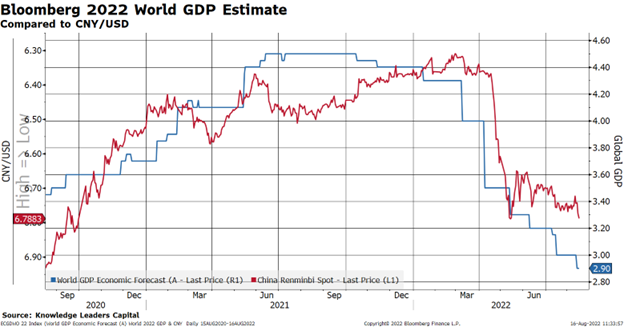 A weaker CNY will be a tailwind for lower inflation in the US. If the CNY exceeds 7.0, this should correspond to 10-year breakeven inflation around 1%. 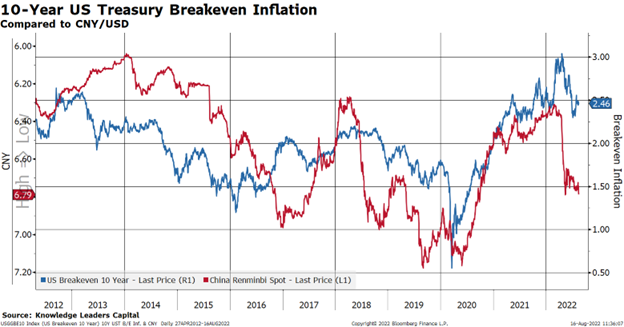 With inflation in the US already coming down, a further weakening of the CNY will simply accelerate that process, taking the heat off the Fed to raise rates well into restrictive territory.