As the market continues to rally on Monday, we can’t help but ask ourselves what data nugget might we have missed from last Friday’s data?

In other words, December was the second month where the amount of aggregate labor input into the economy retreated slightly. To put some numbers to it, a .1 drop in average weekly earnings, when payroll employment is 154 million people and weekly hours averaged 34.3 in the month, equals a DROP of 449k employees. For the sake of simplicity, I am going to ignore the 28k revision to the previous 2 months and the -56k birth/death adjustment. These are relevant, just really rounding errors though compared to the impact of changes in hours worked. 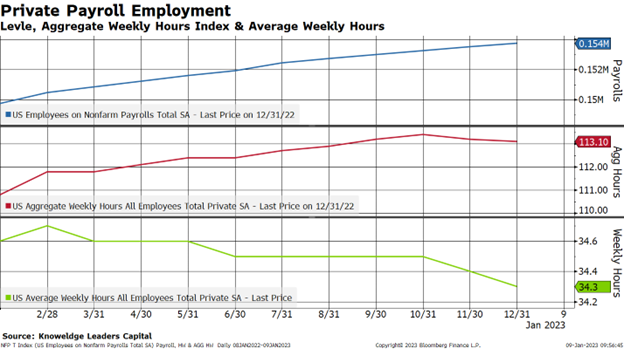 So, while we reported an increase in the number of payroll jobs, we also reported a drop in the aggregate hours index, which is the product of jobs * hours. It fell 10bps last month after falling 20bps in November.

On the same day, we got news that the ISM Services PMI came in well below expectations, falling below the 50 line that demarks expansion and contraction. With the ISM Manufacturing below 50 as well, the easy read is that the US economy is contracting on a monthly sequential basis. 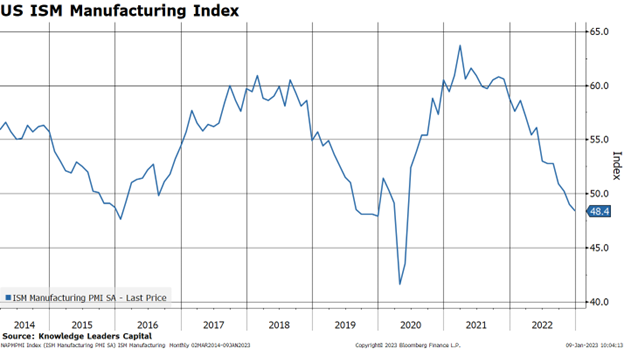 If this is the correct read, it validates the huge move in bonds we saw last Friday. With the economy slowing and wages slowing, this is proof positive the recession is getting closer and bonds should rally as they did. But then, why did stocks rally too?

Could it be that the PMIs are somewhat misleading about what is going on the economy right now? Is it possible that we are seeing the economy hold in there while inflation and wage pressures are falling away. If so, this would indicate a prospective rising level of productivity, which is good for profits and in turn, good for stocks.

In the chart below, I plot aggregate hours against the Atlanta Fed Estimate for 4Q GDP. In the last few months, estimates for fourth quarter GDP has held in the 3.5% range as aggregate hours worked fell slightly. 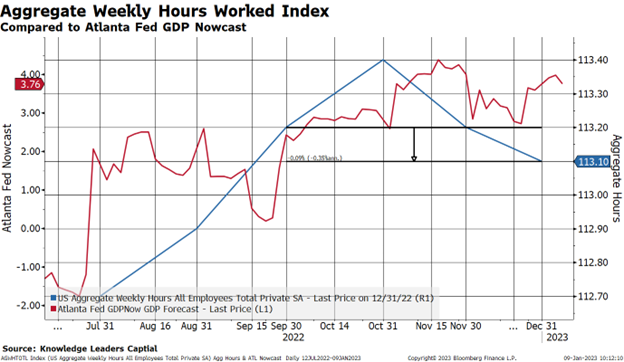 If this data proves correct for GDP, then it suggests a move higher in productivity. These figures would suggest a productivity level of roughly 3.5%. Average hourly earnings were just under .3% last month, annualized at 3.3%.

At current levels, it suggests growth in unit labor costs of roughly 0%. If these trends persist and productivity holds in the 3% level as wages continue to fade, we could find ourselves in a situation with FALLING unit labor costs later in the year, helping margins. Could this be what the stock market is seeing and driving prices higher? I hate to utter the phrase, but it looks like the stock market may starting to bet on a “goldilocks” scenario of a stable economy, falling inflation and decent corporate earnings. Of note, stocks continue to rally today while bonds are going nowhere.