All year inflation has been the narrative driving markets. Since December 2021, once the Bloomberg Commodity Index (BCOM) took off, rates have risen in tandem. But, interestingly enough the BCOM has been flat since peaking on March 8, 2022.

Every day we seem to be blasted with stories of how the war in Ukraine will send commodity prices through the roof. It isn’t happening outside of wheat which raises the question of whether the surge from February 25, 2022 (the day Russia invaded) to the peak on March 8 was pricing in the peak of commodity prices.

In looking at some of the components of the BCOM, we can see that industrial metals are down about 22% since making highs in March. The agriculture component (i.e., food) is only one point higher than its March 8 reading. And, lastly energy is still climbing, but the pace of the ascent has slowed. From March 8, the energy sub-index is only up 5 points.

This broad peak in commodity prices has led to a flat-lining in 2022 inflation expectations since early April. To be fair, it has ticked up by 0.1%, but this is the longest stretch since last fall that inflation expectations have gone sideways. It is in this backdrop that US Treasury (UST) yields have peaked and come down by 30bps. 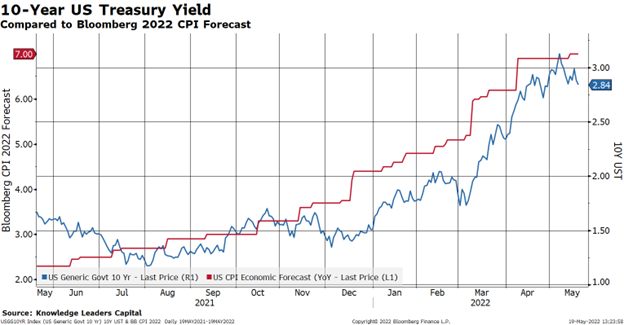 On the growth side, we have experienced the biggest drop in 2022 GDP forecasts in the last week of any other period over the last year. The USD peaked four days before the latest drop in growth expectations (do note the left axis is inverted). 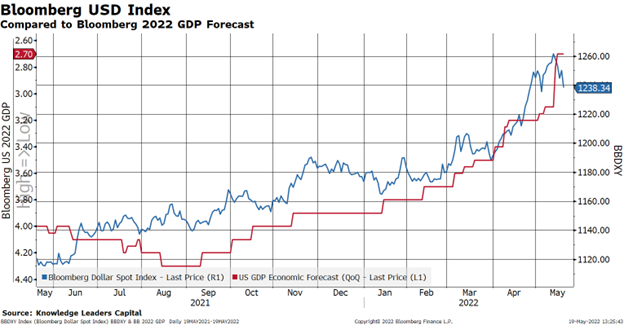 From a granular level we got information earlier in the week from Wal-Mart, Target and Home Depot that the consumer was slowing under the strain of higher prices. This has likely led to the involuntary inventory build for these companies. 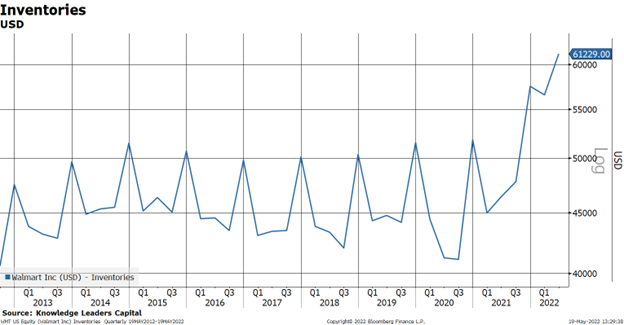 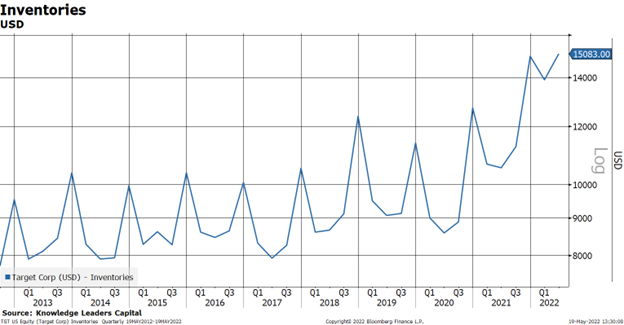 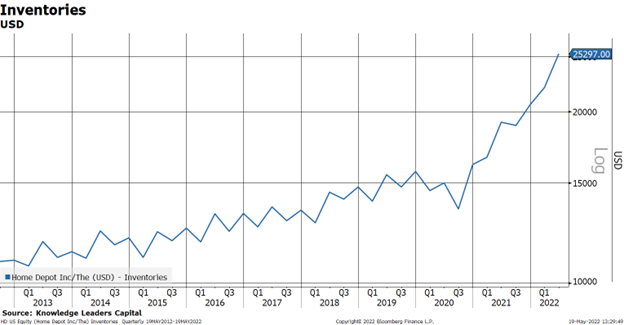 Since these companies are likely stocked up on summer related inventories, there is a relatively short window to clear these products and prepare warehouses and store shelves for Christmas inventory. In other words, it highly likely that patio furniture, shorts, flip-flops, etc. get marked down in the near future. This would obviously put downward pressure on many goods components of the CPI. 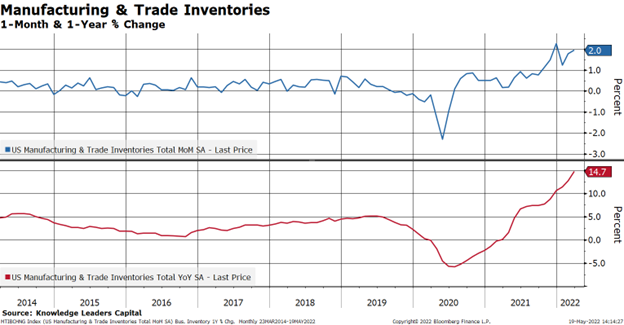 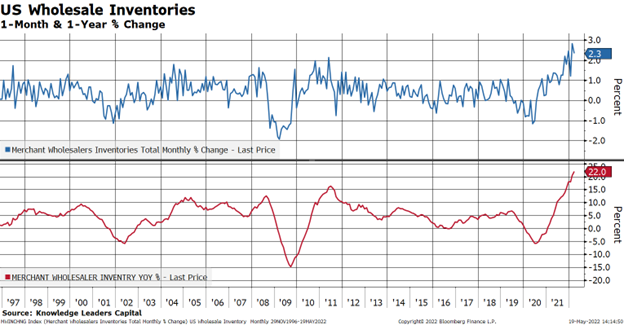 Changing gears, it also appears China is setting up to further dampen inflationary pressure as well. In previous blogs we discussed the devaluation we have seen out of China recently as a means to stimulate its economy. Total property sales were down almost 30% over the last year, which certainly has impacted the demand for building related commodities.

We can validate this slowdown by observing that imports are basically flat over the last year. All through the deceleration in China’s imports, commodities kept climbing until roughly March. Since then, commodities have been consolidating as mentioned earlier. 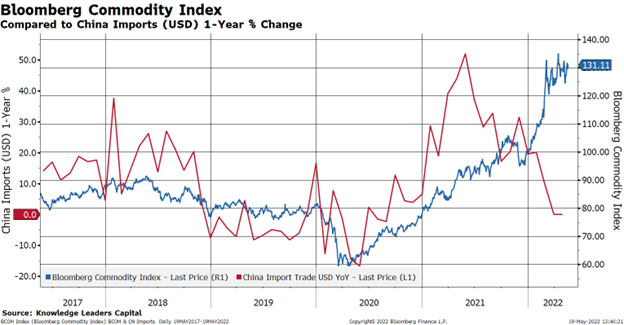 Perhaps we have reached an inflection point where global investors are not piling into US assets, and in turn the USD, because of the perceived rise in US inflation expectations. This may explain why currencies like the Yen or Euro have stabilized and may be turning up on expectations for less inflation. To the extent that commodities cool off, and broader inflation slows, this could lead to a drop in US inflation forecasts. This may be what foreign currencies like the JPY may be signaling.

The markets tend to lead forecasters and the drop in 10-Year Breakeven Inflation may be telegraphing a drop in inflationary pressure. 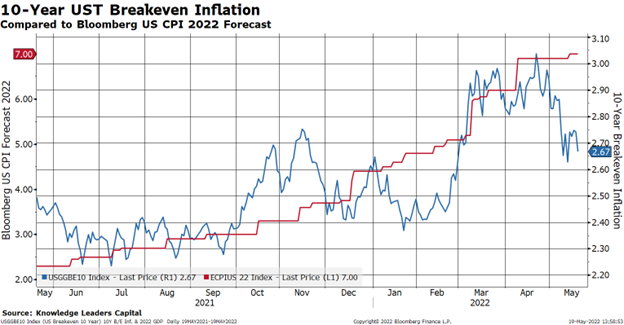 If inflation abates, it would seem likely that all the side effects of policy divergences between the Fed and foreign central banks would ebb. In my view, one the biggest beneficiaries of a drop in US inflationary pressure would be developed foreign currencies like the Japanese Yen and Euro.

As of 3/31/22, Target was held and Wal-Mart and Home Depot were not held in the Knowledge Leaders Strategy.